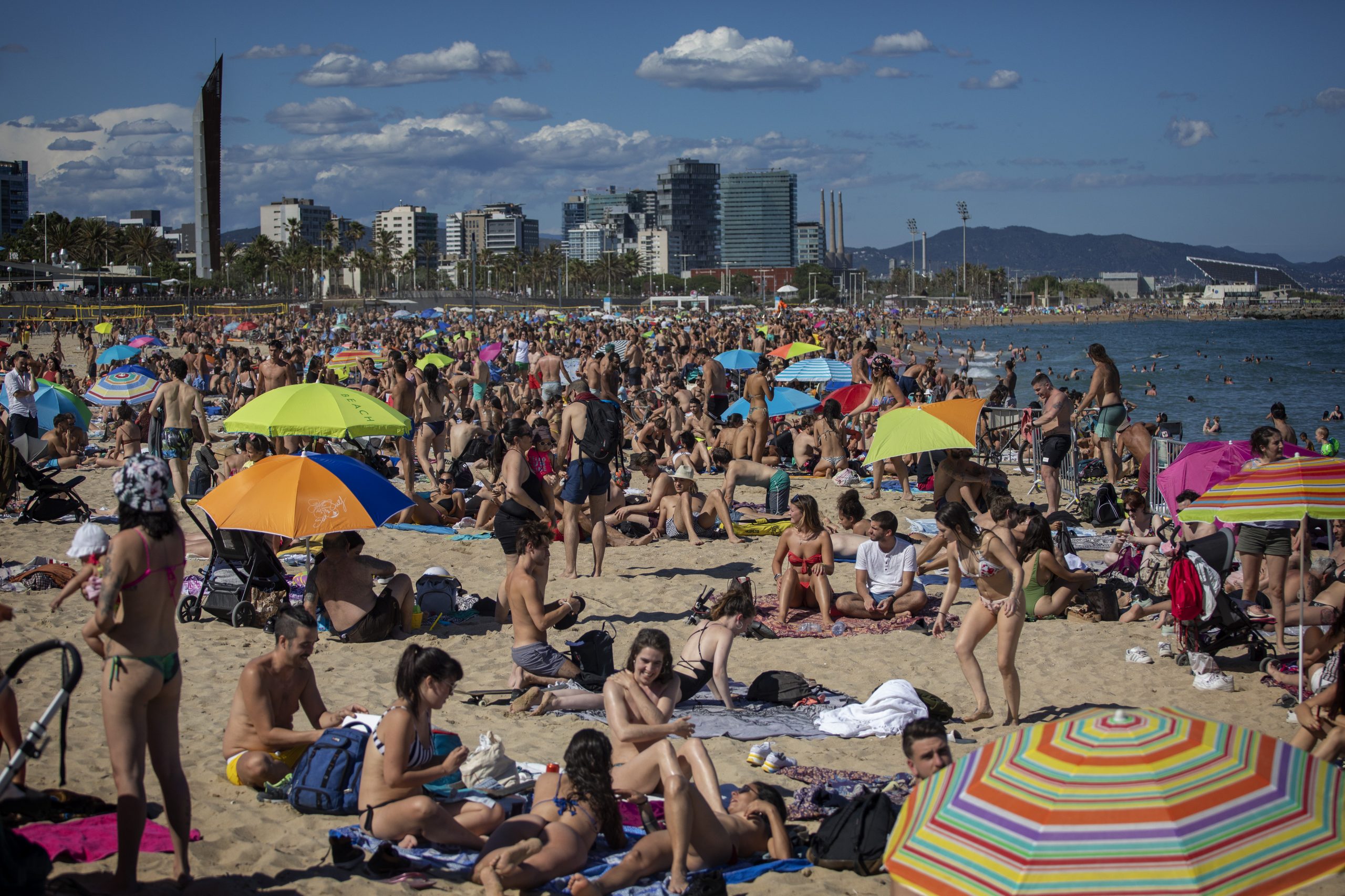 BRUSSELS (AP) — European Union envoys are close to finalizing a list of countries whose citizens will be allowed to enter Europe again, possibly from late next week, EU diplomats confirmed Saturday. Americans are almost certain to be excluded in the short term due to the number of U.S. coronavirus cases.

The envoys were expected to have narrowed down later Saturday the exact criteria for countries to make the list, which include the way the spread of the virus is being managed. Another key condition is whether the country has a ban on citizens from European nations.

The number of cases in the United States has surged over the past week, with an all-time high of 45,300 confirmed new daily infections just reached. President Donald Trump also suspended the entry of all people from Europe’s ID check-free travel zone in a decree in March.

The EU diplomats confirmed that an official agreement on the criteria — likely to include a limit on the infection rate per 100,000 citizens — is expected late on Monday or early Tuesday. The diplomats spoke on condition of anonymity because the procedure is ongoing and politically very sensitive.

Infection rates are high in Brazil, India and Russia, and it’s unlikely the EU will let their citizens in, either. The list would be updated every 14 days, with new countries added and some possibly being left off based on how they manage the spread of the virus.

More than 15 million Americans are estimated to travel to Europe annually, and any delay would be a further blow to virus-ravaged economies and tourism sectors, both in Europe and the United States. Around 10 million Europeans are thought to cross the Atlantic for vacations and business each year.

The 27 EU nations and four other countries that are part of Europe’s “Schengen area” — a 26-nation bloc where goods and people move freely without document checks — appear on track to reopen their borders between each other by July 1.

Once that happens, restrictions on non-essential travel to Europe, which were imposed in March to halt new virus cases from entering, would gradually be lifted.

On Thursday, U.S. Secretary of State Mike Pompeo played down concerns that the EU might refuse to allow Americans in.

“We’ve denied travel to Europe and vice versa. That’s the posture that we all sit in now, and I think we’re all taking seriously the need to figure out how to get this up,” Pompeo said. “We’ll work to get this right. We want to make sure that it’s health-based, science-based.”

“We need to get our global economy back going again,” he said.

The European Commission, which monitors the bloc’s laws, believes that “travel restrictions should not be lifted as regards third countries where the situation is worse” than the average in the 27 EU member countries plus Iceland, Liechtenstein, Norway and Switzerland.

The commission insists that it’s not trying to target any country or that the list might be politicized as tourism-reliant countries around Europe push to get their borders back open again.

“The European Union has an internal process to determine from which countries it would be safe to accept travelers,” spokesman Eric Mamer said Thursday, adding that its decisions are “based on health criteria.”