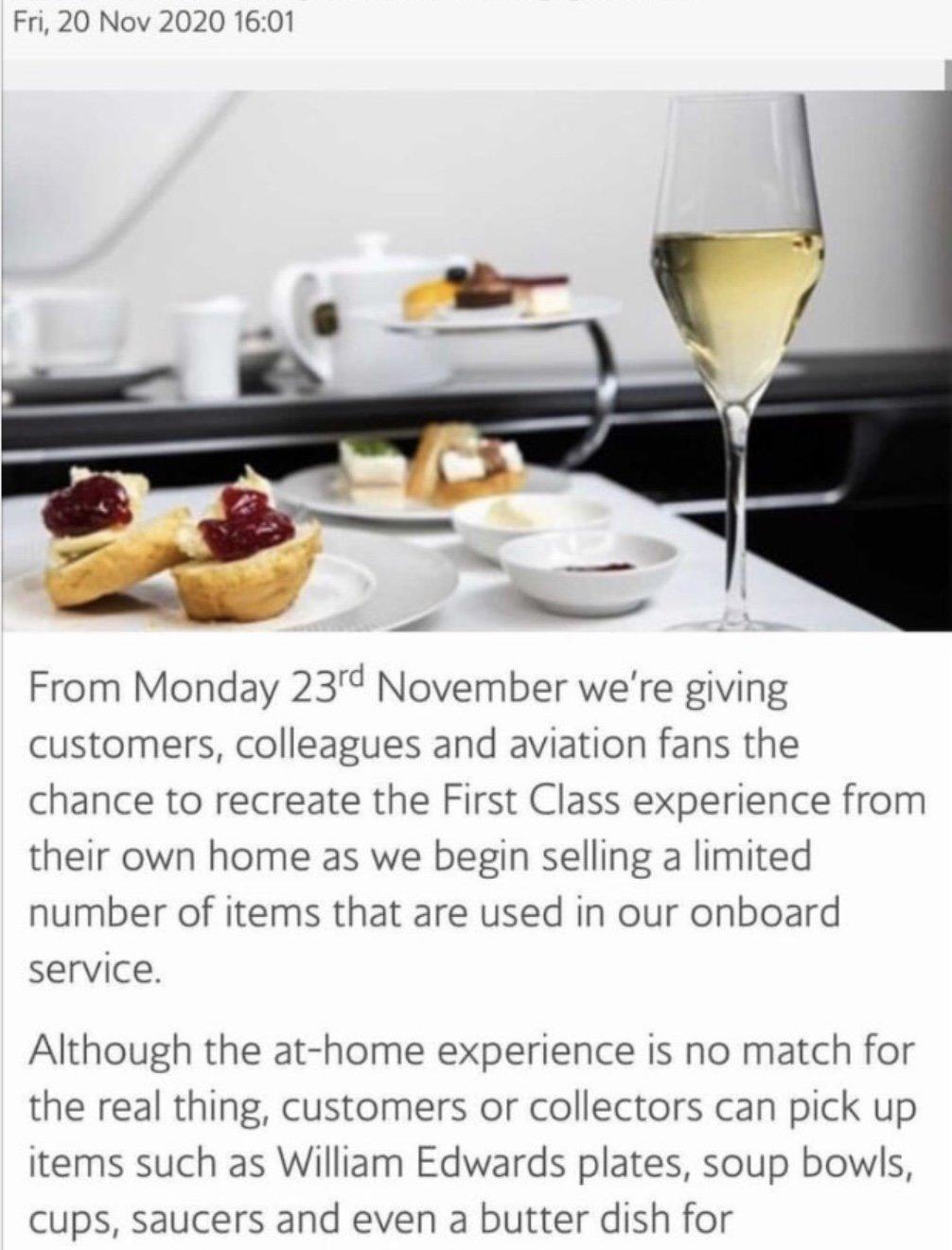 A leaked post from the British Airways Intranet revealed that the airline will start a sale of certain First Class items tomorrow, mostly tableware and other things you usually find when flying BA First.

There is no active link to this sale yet and all the post (which originally appeared on Instagram) revealed is that this campaign is open to “customers, colleagues and aviation fans”.

British Airways has previously sold items from their planes and inventory but these were for the most part staff sales available to employees of the company.

While the wording suggests that this will be a sale open to the public so far nothing has been advertised in the open about the campaign that’s supposedly starting tomorrow.

The whole thing was posted on Flyertalk yesterday saying the image displayed was posted by a BA employee on Instagram (no link) and that the image/screenshot apparently stems from the companies intranet.

British Airways isn’t the only carrier that is clearing out the warehouses as for example American Airlines, Thai Airways and Qantas have recently sold a lot of excess stock that is either redundant or even has an expiry attached to it.

BA is reducing it’s fleet with all of the 747’s gone and many A380s on the ground the use for all these First Class dishes is likely limited right now and for the time to come.

Previous sales saw items with a median price of £5 a piece so for a fiver you too can re-create your personal British Airways First Class experience back home.

If you want to make it truly authentic then I suggest to get a cold sandwich and a microwave Yellow Chicken Curry from Tesco to compliment the items that’ll be up for grabs. You’ll feel just like flying in seat 1A. Don’t forget a bottle of Nicolas Feuillatte champagne for £18 just to “keep it real”!

For now we don’t know anything specific about this sale and it’s all based on a random Instagram post. Maybe tomorrow something will pop up that’ll give us a list or catalogue about what’s available.

While I like aviation themed items like a coffee mug these inflight dishes are rather plain and most shouldn’t even have a sign that says it belonged to British Airways. I probably wouldn’t spend money on these things but as the old saying goes “whatever floats your boat”.