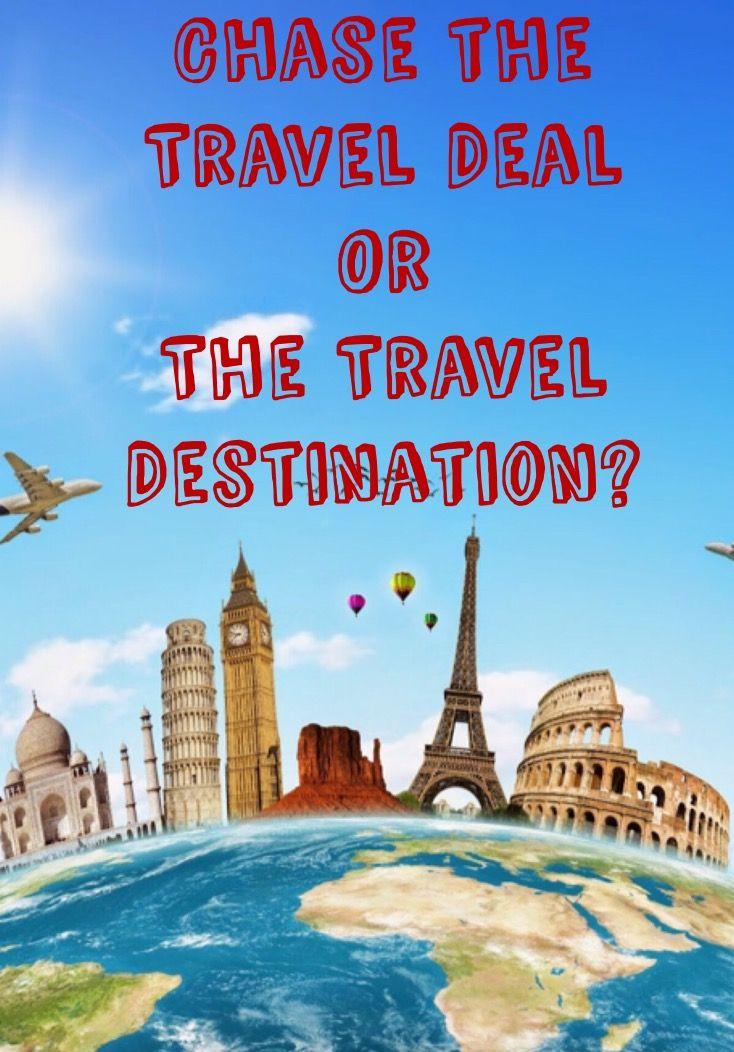 Park Hyatt Zanzibar Royal Residence for only 30K per night. Does it make sense to plan travel around a deal like this one?

When planning a vacation, do you decide your destination and then look for travel deals? Or, does the travel deal determine your destination?  This question has been on my mind lately as I’ve been scouring Hyatt hotels for the best premium suite deals.  For example, when I stumbled upon the fact that the Park Hyatt Zanzibar Royal Residence was bookable for only 30,000 points per night, I wondered if I could someday build a trip around this deal.  Is it crazy to let the deal lead your path?

As I thought about this, I realized that many times in the past I’ve let deals drive the destination.  And, as a result, I’ve had great experiences that I would never have stumbled upon if not for the deal.  On the other hand, I’ve also had great experiences on trips where the destination was the primary goal.  Deals, if any, were secondary.  I don’t think there’s a right or wrong path to take here.

I skimmed through the big vacation trips I’ve taken in the last 10+ years.  Was I more often driven by the destination or the deal?  In most cases, it was a combination: I had a destination in mind, but the deal made it real.  Still, I forced myself to categorize each trip by the primary driver: destination or deal?  The cool thing about reviewing these was seeing how often future trips were influenced by past ones.  Sometimes a deal driven trip led later to a destination driven trip, and vice versa.

Before counting up my trips, I thought that the majority were deal driven.  And I was right, but only barely.  I count 12 deal driven trips and 11 destination driven.

The Pools at ‘Ohe’o (AKA the Seven Sacred Pools)

We had wanted to go to Hawaii for years and finally pulled the trigger.  We found that flight prices were cheaper when booked as a vacation package (flight + car rental), and we rented an ocean-side timeshare condo to keep lodging prices down.  This was one of my favorite trips ever.  We fell in love with Hawaii and vowed to return to try out the other major islands.

Three Sisters rock formation in the Blue Mountains. We took a day trip from Sydney.

A month or two before this trip, I remember my wife saying that she read in the New York Times that there were amazing travel deals to Australia.  And it was true.  Cash rates were far lower than usual.  We only had a week free that summer to travel, but we booked it anyway.  Thanks to the long flights and time zone challenges, we only had 5 or 6 days in Sydney, but still we loved it.  We realized then that we can explore the world even if we have minimal vacation time available.

Hawaii’s big island didn’t disappoint. To save money, we repeated our trick of booking a vacation package consisting of flights and a rental car (it was cheaper than booking flights separately), and we again rented a timeshare condo.

Yep, another Hawaii trip.  We again booked a flight and rental car vacation package, but this time rented an apartment from an individual (rather than renting a timeshare as we had done before).  We were blown away by how beautiful this island is!

Northern Michigan is a great place to visit in the summer.  And so we did.  But we were at least partially motivated by the fact that Club Carlson (now named Radisson Rewards) was offering a huge number of points for checking into each one of their brands.  And Sault Sainte Marie, MI, was one of the few places in the United States with a Park Inn.  It was a dumpy hotel so we visited only to check in to two separate rooms (one for me and one for my wife) so that we could collect the promised 44,000 points each.  The rest of the trip was destination driven.  If memory serves, we had a great time visiting Tahquamenon Falls, Petoskey, Traverse City, and Glenn Arbor.

Celebrity Millennium cruise from Seward Alaska to Vancouver BC.

We had heard great things about Alaska cruises.  In the end, though, we didn’t love it.  We decided that we’re not cruise people.  But the train ride from Anchorage to Seward was incredible.

2013 Around the world (deal: use miles for first class)

At this point I had been collecting points and miles for a couple of years and I wanted to experience some of that first class goodness that I had been reading so much about.  So, I flew Lufthansa first class from Detroit to…