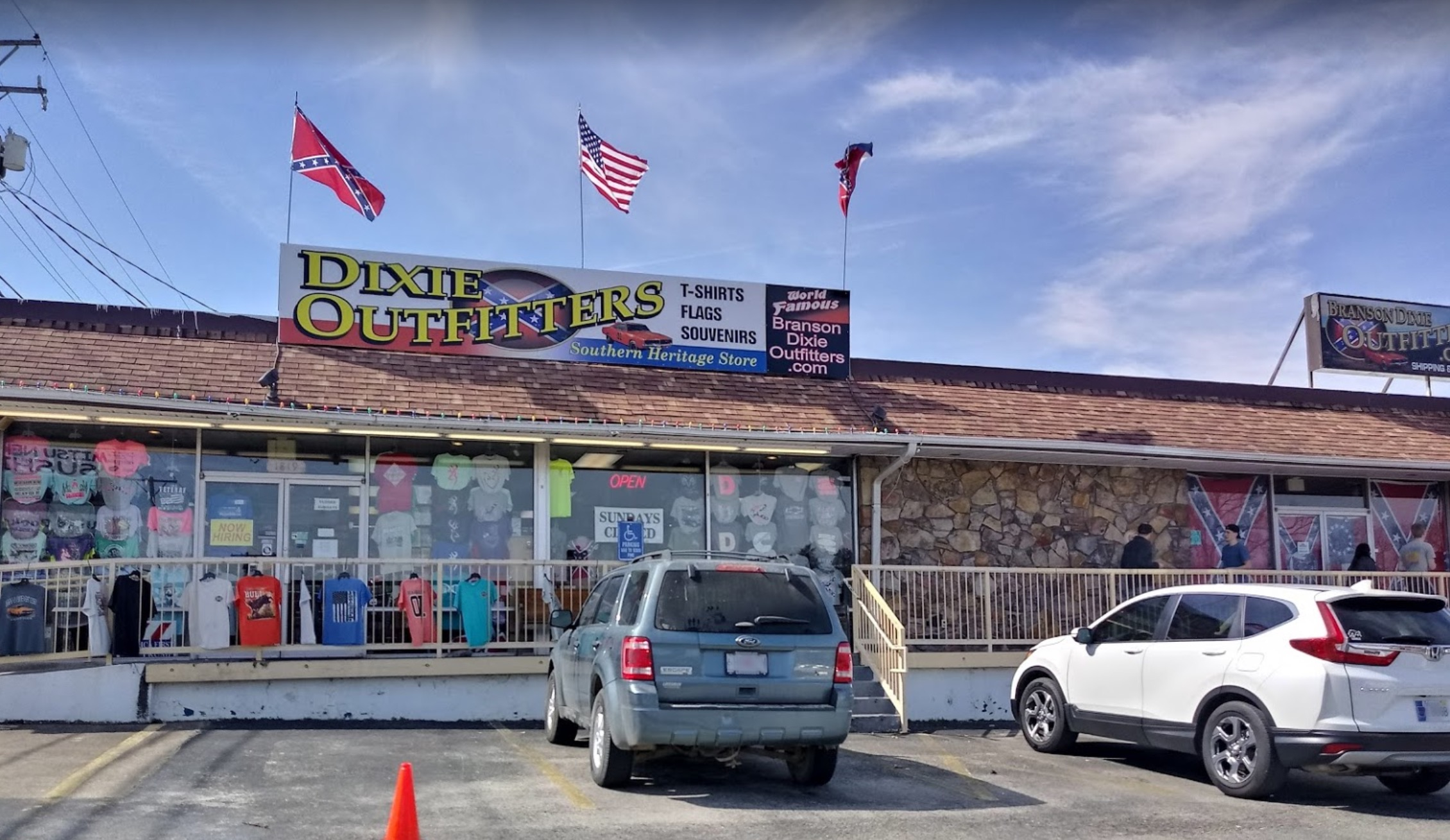 BRANSON, Mo. (AP) — Branson, Missouri, may be known for its country music shows and wholesome entertainment, but the tourist…

BRANSON, Mo. (AP) — Branson, Missouri, may be known for its country music shows and wholesome entertainment, but the tourist hot spot now finds itself at the center of a standoff over Confederate symbolism.

Protesters have been gathering outside a strip mall store Dixie Outfitters, which specializes in Confederate flags, clothing and other merchandise. The protests have drawn people from opposing sides of the debate — Black Lives Matter demonstrators, as well as those who support the store and the Confederate flag.

Confederate statues, the flag and other symbols have drawn new scrutiny and criticism amid protests that followed the death in Minneapolis of George Floyd, who died May 25 after a white officer used a knee to pin down the handcuffed Black man’s neck even after Floyd stopped moving.

The protests in Branson have at times become heated. A video posted on social media showed a woman waving the Confederate flag and telling protesters, “I will teach my grandkids to hate you all,” the Springfield News-Leader reported.

The post thanked police and a group of people who prayed, then stated: “These thugs don’t just hate us…they hate our country! They hate patriotism, faith and freedom! But God still reigns over Branson, MO!”

Branson leaders are concerned about the negative attention in a town that thrives on tourism. Branson has just 11,500 full-time residents but draws millions of people each year to shows and attractions that are largely family-oriented. Most of the theaters only recently reopened after weeks of shutdown caused by the coronavirus.

“I don’t think there’s a Branson-area person that is happy with this situation and the way we’re being characterized across social media,” said Mayor Edd Akers, who on Tuesday issued a proclamation “promoting unity and condemning hate speech.”

The Kansas City Star reported that the Dixie Outfitters store is owned by Anna and Nathan Robb. Nathan Robb is the son of Thomas Robb, an Arkansas-based pastor who was once the leader of the Ku Klux Klan. In 2015, Anna Robb said she and her husband were estranged from Thomas Robb, but acknowledged attending KKK events in the past.

At a Branson Board of Aldermen meeting Tuesday, members were asked by a man in the crowd to voice their stance on the KKK, the Star reported. Two spoke out, two remained silent and Alderman Bob Simmons said the city should do something to support police because “there doesn’t seem to be too many people behind the police departments across the country.”

Alderman Larry Milton said, “I’ll answer your question point blank: I despise the KKK. I despise any organization that is violent and violent towards people for the simple reason of the color of their skin.”

Alderman Bill Skains also denounced the KKK and said he was almost brought to tears by the video of the woman pledging to teach hate to her grandchildren.

“It hurts me to hear these things,” Skains said. “They have no part in this community and I wish they would get the hell out of it.”

Branson resident Kelsey Allen told the board that the Confederate flag incites violence and symbolizes racism, slavery and division.

“How is that a welcoming, family-friendly community?” Allen asked.