ITALY and the rest of Greece are next at risk of being placed onto the UK’s quarantine list after a rise in cases puts them both in the ‘amber’ zone.

Along with Denmark, which is also a high risk, the countries may follow in the footsteps of Portugal and Hungary, which were taken off the UK safe travel list last week. 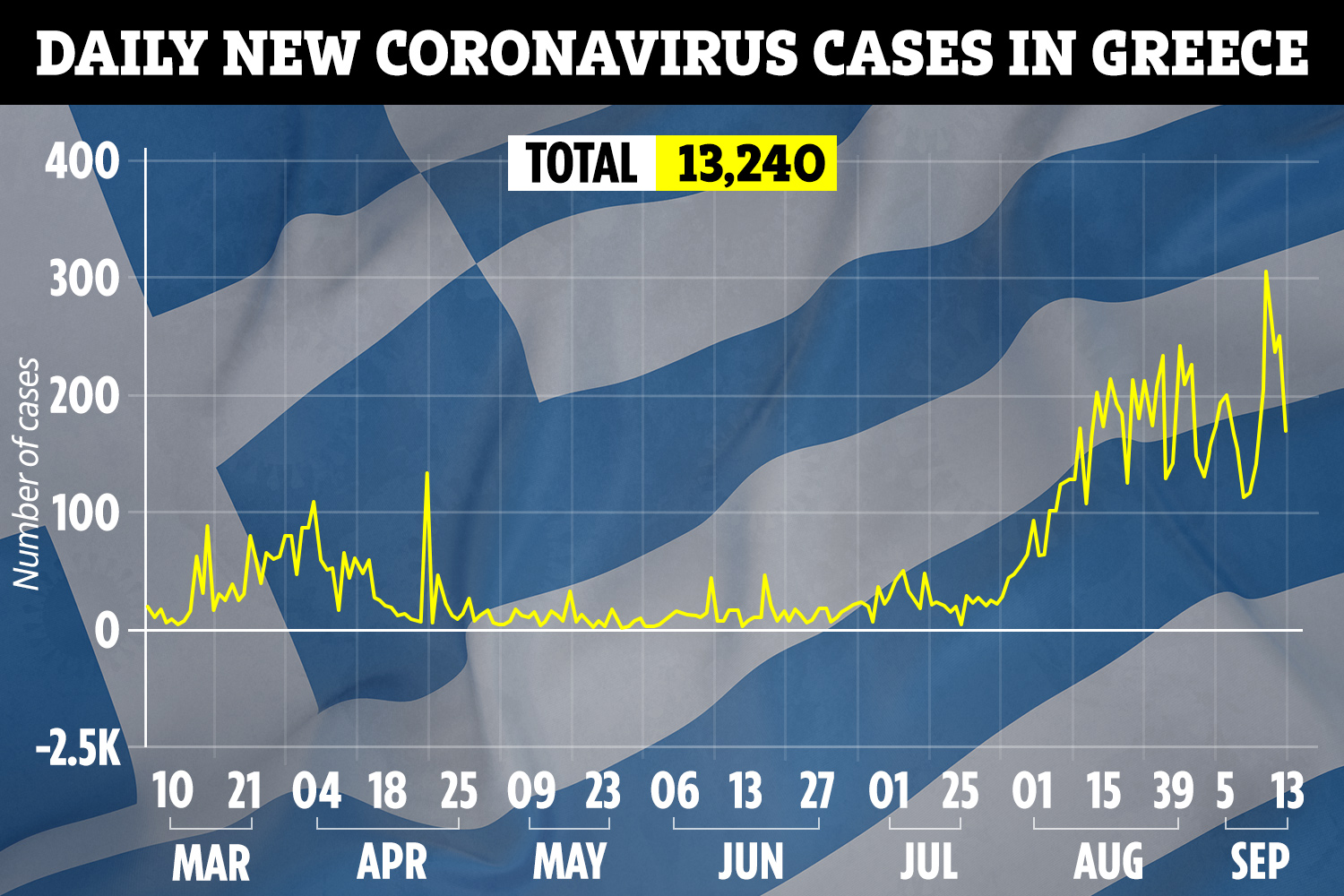 However, Quash Quarantine spokesperson Paul Charles warns that Italy and Greece are next at risk if cases do not go down. 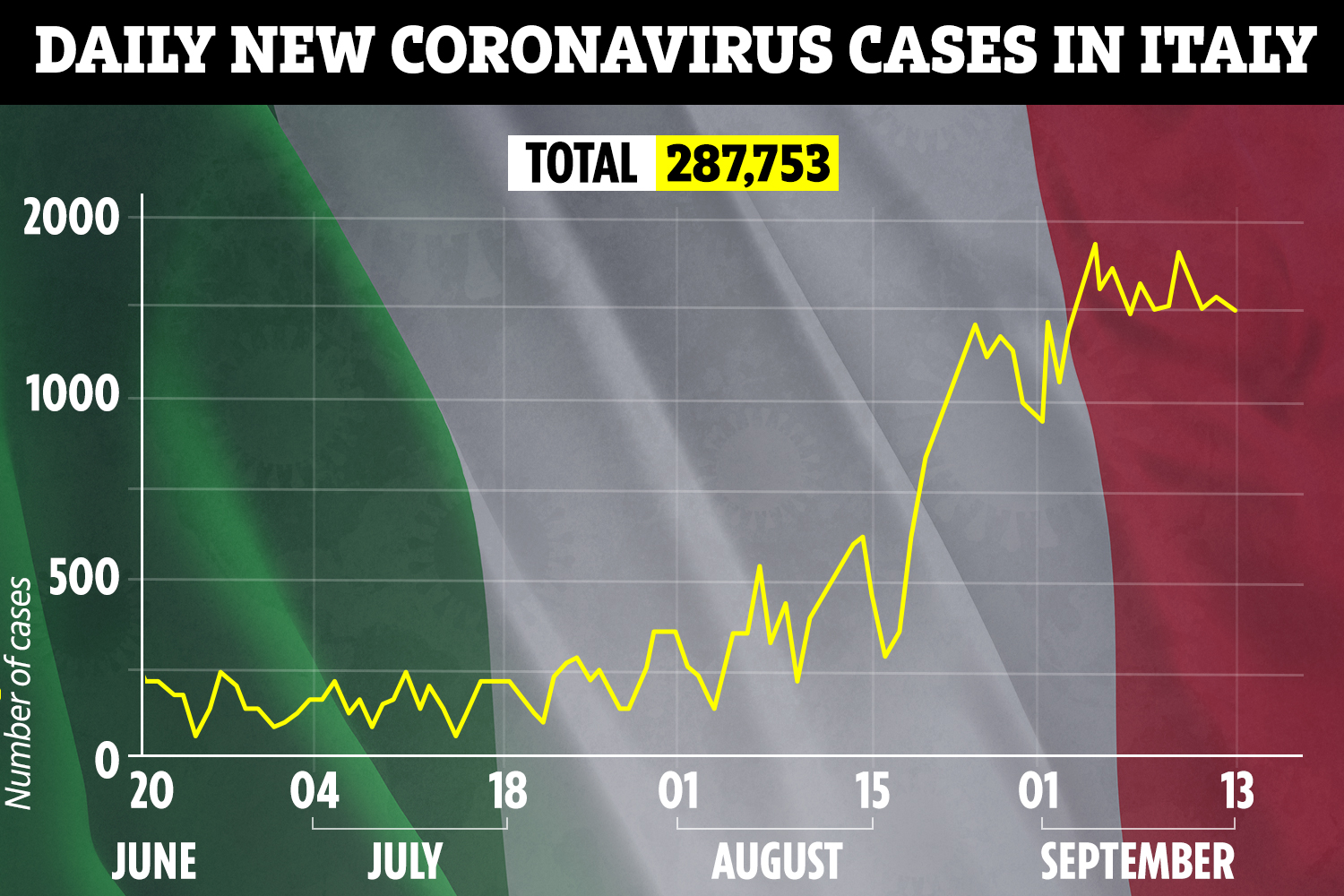 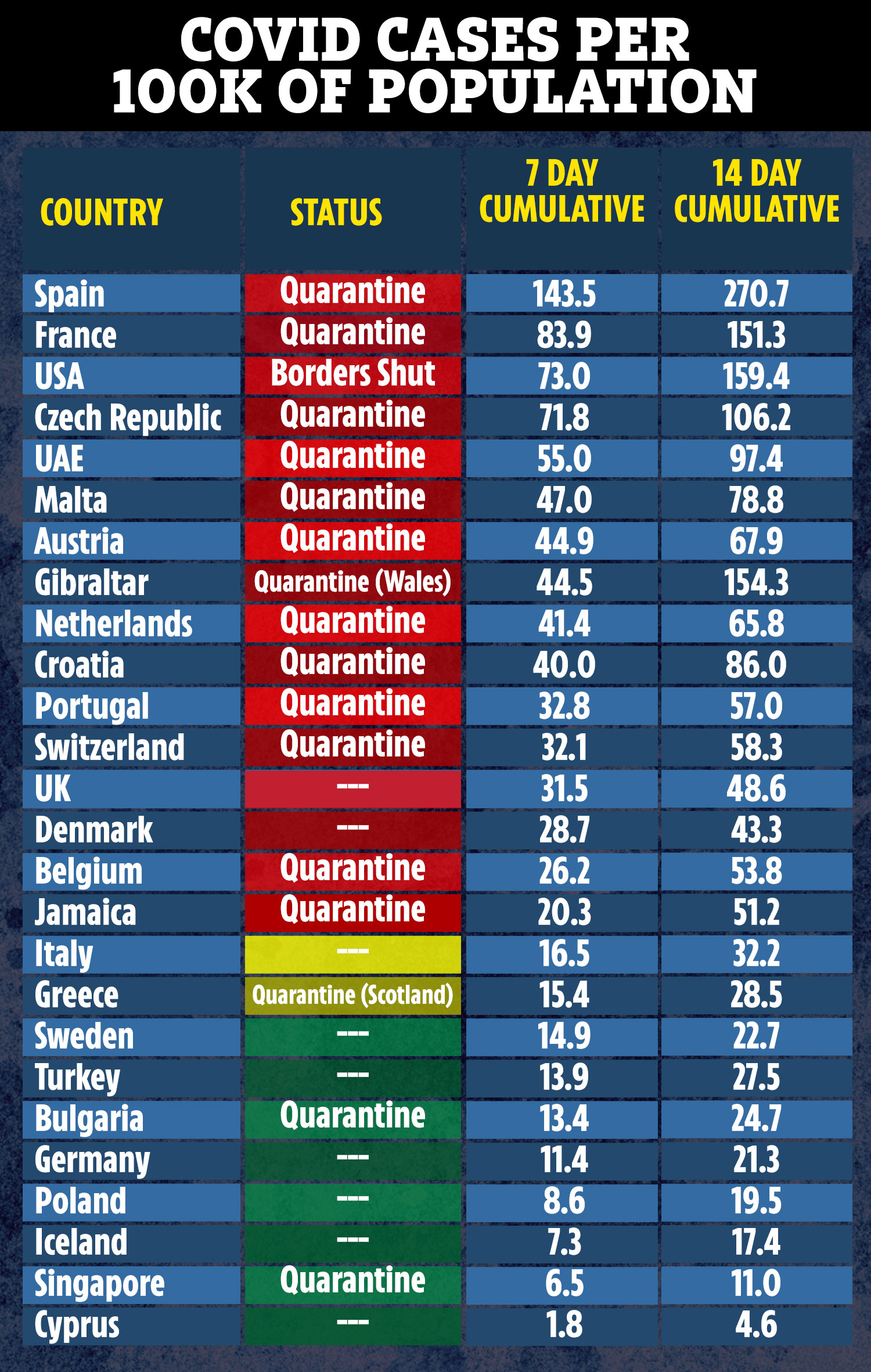 The UK government usually announce new restrictions on Thursday evening, which are then enforced from Saturday at 4am.

However, new guidelines now allow the government to enforce regional quarantine rules rather than a country-wide blanket travel ban.

This could be good news for Italy, where cases of coronavirus on the islands of Sardinia are seeing huge spikes, while other parts of the mainland remain much lower.

Testing facilities in Lazio in Italy have traced 800 cases in recent weeks back to the island, according to the Guardian.

Sicily remains safer, with Mr Charles explaining: “We’re keeping an eye on #Sicily – it had 106 new positive cases yesterday and has had nearly 1000 new cases in the last 12 days. But it remains well below 20/100,000 on a 7-day cumulative basis.”

Since the Greek islands – which includes Mykonos, Crete and Zante – were placed onto the quarantine list, the country’s tourism minister slammed the new rules. 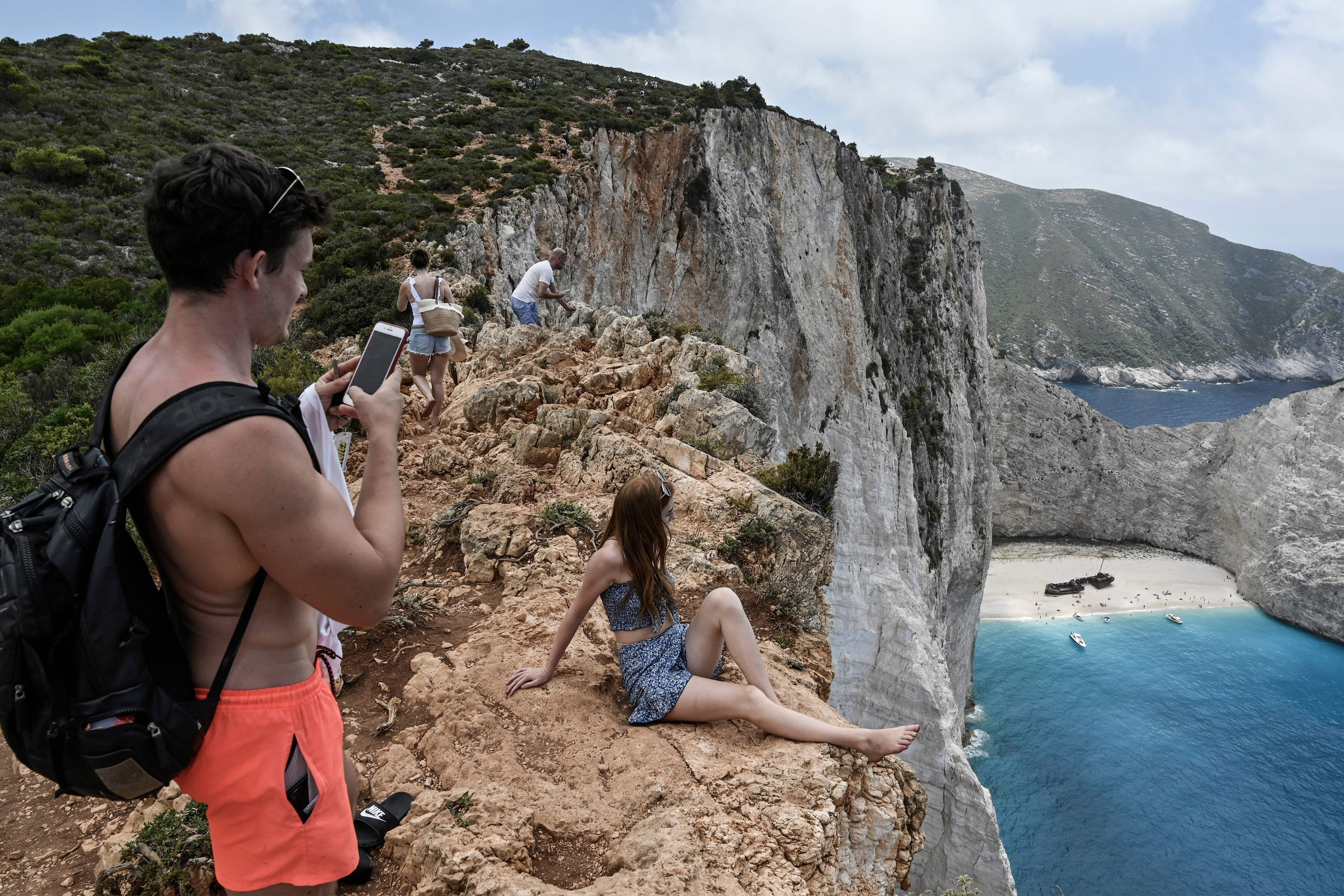 Some of the Greek islands, including Zante, are already on the quarantine listCredit: AFP – Getty 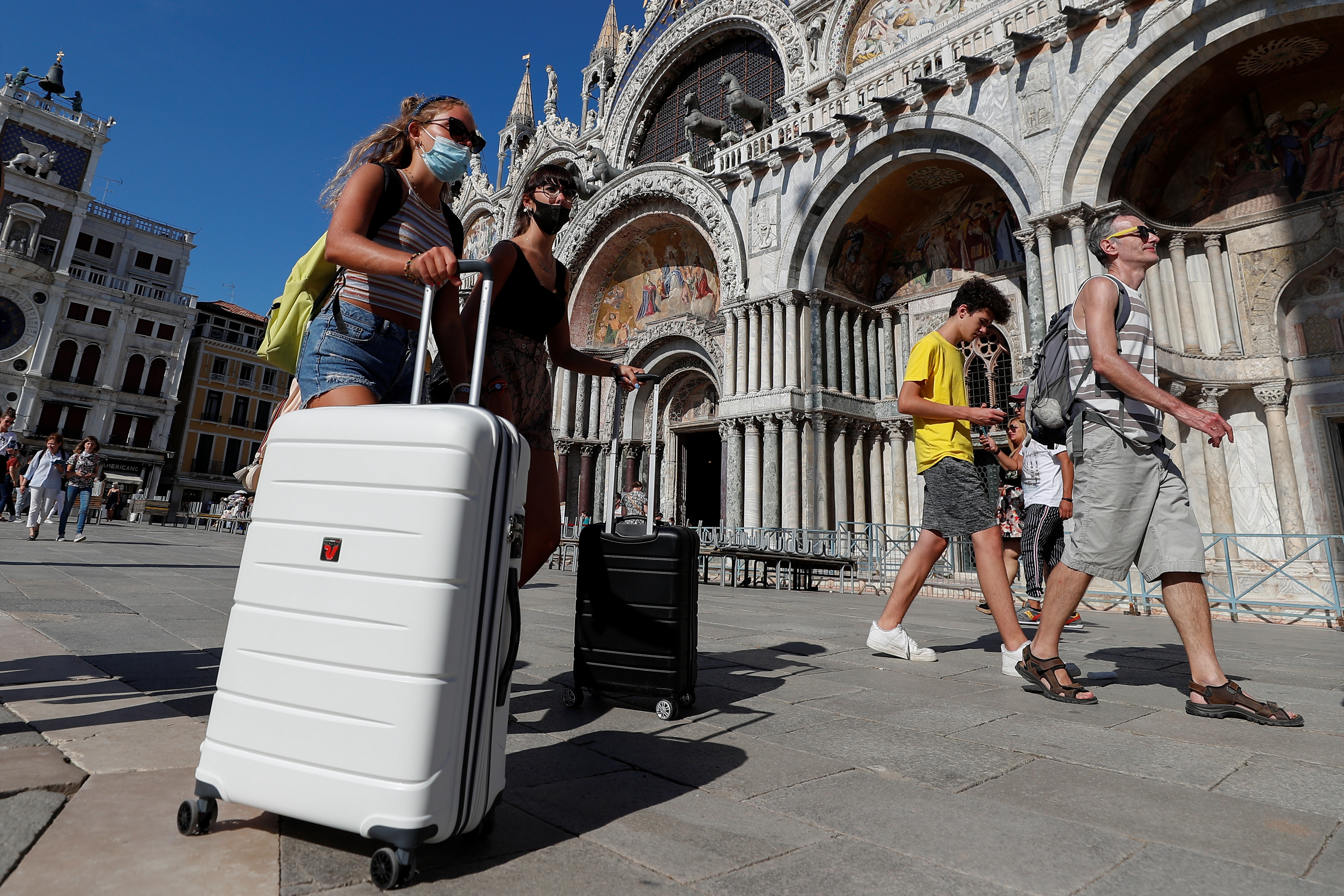 Italy may be the next to join despite cases remaining lower than Spain and FranceCredit: Reuters

Harry Theoharis told the Guardian: “From the point of view of headline numbers, it’s a decision that is unfortunate and unfair.”

He explained: “There have been 13 cases per 100,000 people in the last seven days in Greece, which is below other countries and below the UK’s own self-imposed yardstick.

“We are very much hoping it will be reviewed as soon as possible.”

Islands such as Corfu, Rhodes and Kos remain off the quarantine list if entering England, as well as mainland Greece.

TUI has stopped all holidays to Laganas amid concerns that social distancing was not being followed, along with holidays to Crete, Zante, Santorini and Mykonos.

Brits must also fill in a Passenger Locator Form before entering Greece or face fines up to €500.

Italy has no entry restrictions for British tourists.