GREECE is the latest country to face quarantine restrictions, with as many as 60,000 Brits facing a rush back home from seven of the Greek islands.

However, there are still a number of destinations which remain on the UK’s air bridge list announced last month, which deem the countries safe for travel. 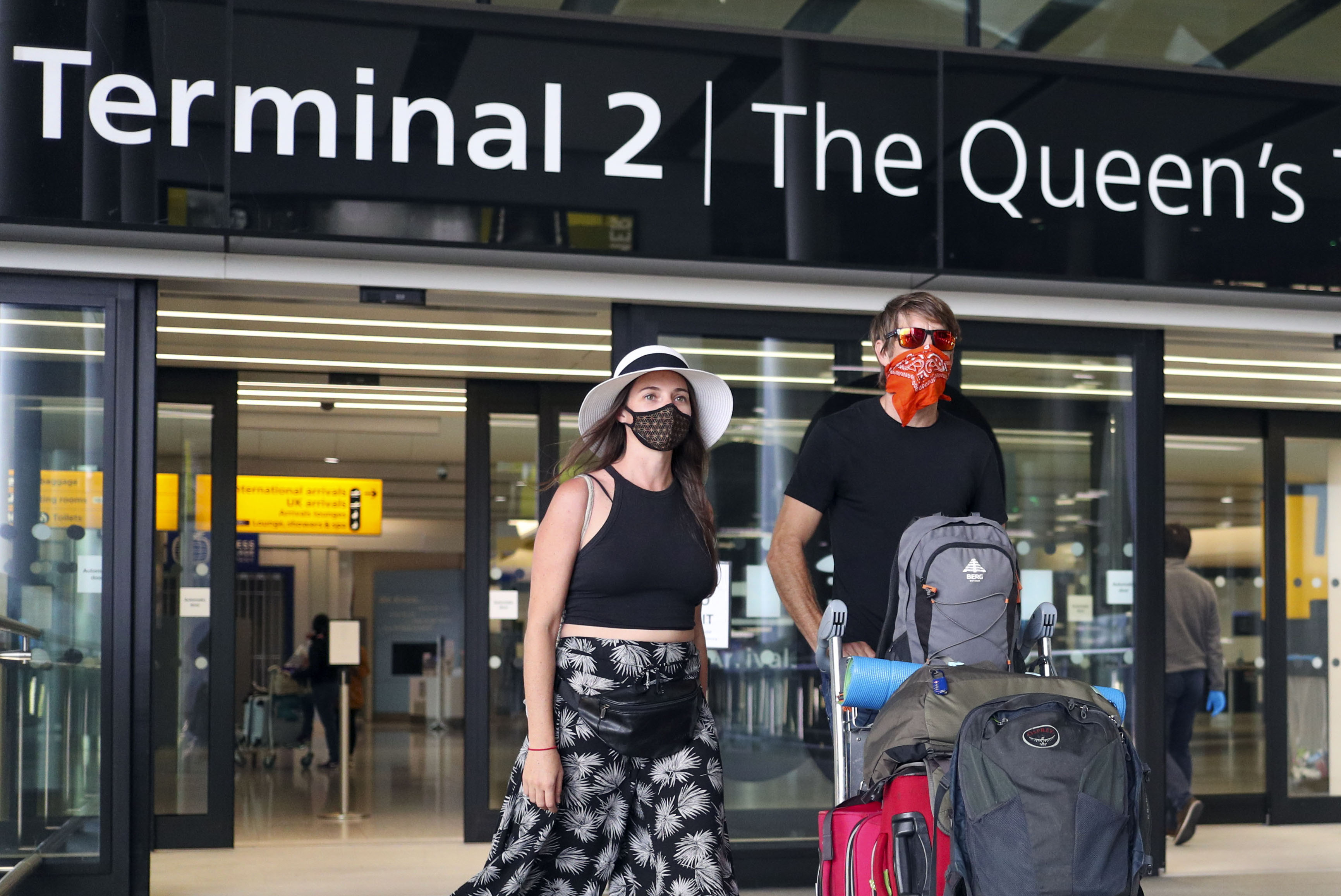 More countries have been added to the UK travel ban listCredit: PA:Press Association

The Foreign and Commonwealth Office (FCO) published a list of destinations that are exempt from self-isolating due to coronavirus on July 3, followed by the ending of the advisory against all non-essential travel on July 10.

The list is subject to change, as was seen over the weekend of July 25/26 when Spain was suddenly struck off, leaving absolute chaos among tourists who were out there or had planned a trip.

Luxembourg was removed from the safe list on July 31, followed by Andorra, The Bahamas and Belgium on August 8.

On August 15, France, Netherlands and Malta were added to the ban list, along with Monaco, Aruba and the Turks and Caicos Islands.

Czech Republic, Switzerland and Jamaica are on the quarantine list, enforced on August 29, while parts of Greece were added last week by Scotland and Wales, and by England from tomorrow. 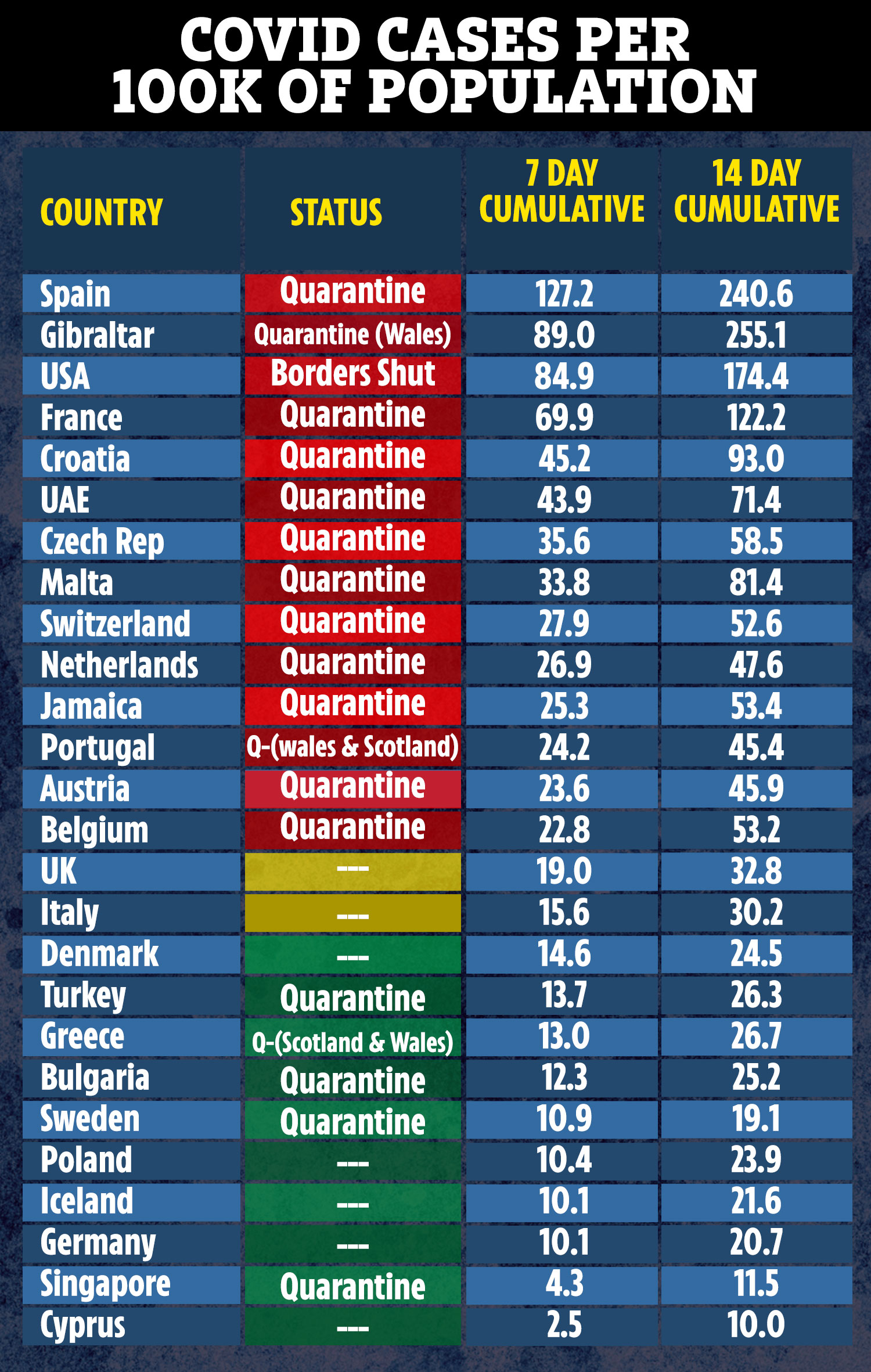 Some countries are making improvements, however – on July 28, Estonia, Latvia, Slovakia, Slovenia and St Vincent and the Grenadines were added to the list.

Portugal was added to the safe list on August 22, but added back to it by Wales and Scotland.

It is worth noting that some of the “safe” countries which don’t require a UK quarantine still have their own travel restrictions in place for British tourists.

Previous analysis by travel consultancy The PC Agency and consumer research agency AudienceNet found around 25 locations included on the lists do not have border controls that stop English visitors entering.

Others, such as New Zealand, are either closed to international flights or impossible to enter without quarantine or coronavirus testing, according to the analysis.

The PC Agency chief executive Paul Charles previously said: “Consumers are confused by the two lists produced by Government, as it’s just not clear which countries are actually accessible without having to quarantine on arrival.”

Emma Coulthurst, consumer advocate for price comparison site TravelSupermarket, also previously said: “There are some countries on the UK Government FCO and DfT lists which are refusing UK citizens entry or imposing strict entry requirements, which either completely prevent holidays or make them extremely difficult or more costly.”

Ministers are now considering a new testing method for travellers which would cut isolation times. 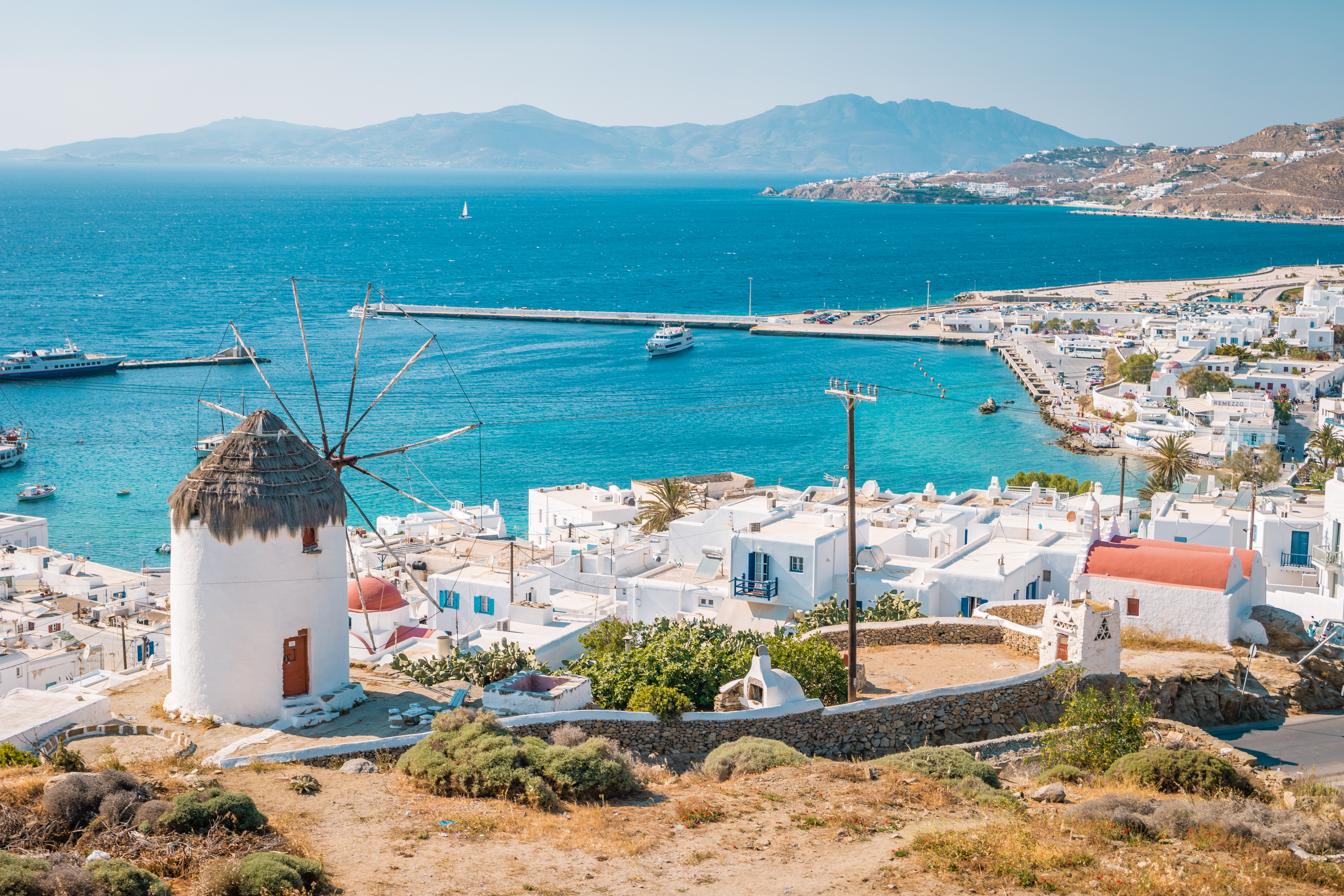 Greece is the latest country to be affected by travel restrictionsCredit: Shutterstock

The new plan, by the travel industry, would see visitors tested 48 hours before arriving in the UK and tested again five days later.

Paul Charles, founder of the PC Agency, said “A person would show a negative certificate on arrival in the UK. Five days later they take a second test, paid for by the traveller or subsidised by the Government, and if it’s clear again, they are free to go.”

Changes to the quarantine rules were enforced yesterday, with regional restrictions instead of country-wide ones.

Transport Secretary Grant Shapps explained yesterday: “Through the use of enhanced data we will now be able to pinpoint risk in some of the most popular islands, providing increased flexibility to add or remove them — distinct from the mainland — as infection rates change.

“This development will help boost the UK’s travel industry while…