That’s my travel advice to anyone heading to South Korea. 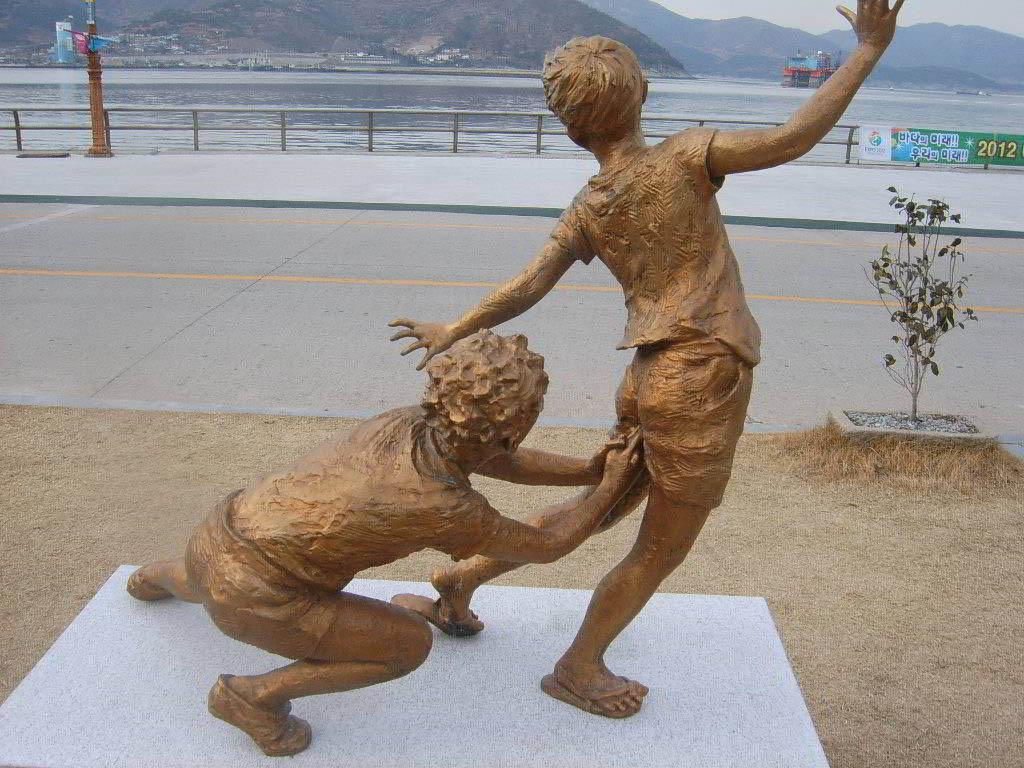 The game is so popular that there is even a statue in its honour in South KoreaCredit: YooYing

Because nothing can prepare you for the shock of South Korea’s craziest pastime.

Dong chim, which translates as “poop needle” in Korean, is a popular prank that involves using your index fingers to poke someone between their bum cheeks with as much force as you can muster.

The bizarre hobby is practised by children of all ages across South Korea, and is treated by adults as a perfectly normal prank.

In fact, when one Korean town wanted to build a statue of two youngsters frolicking by the ocean, they decided one child should be jabbing the other in the bottom. 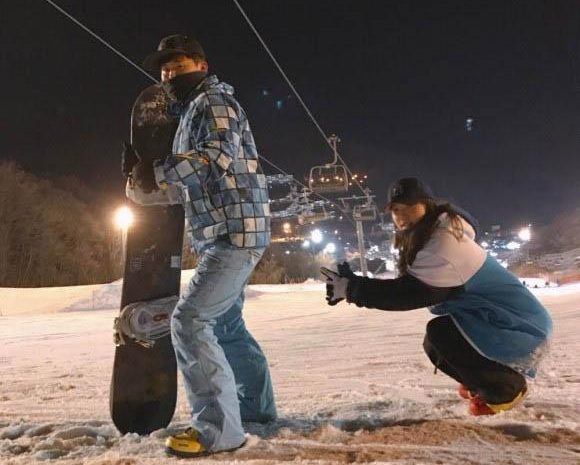 The prank is well known in the country

Oh, to be a fly on the wall during that council meeting.

“Hopscotch, jump rope, conkers? No, let’s go with that hallmark of youthful innocence, prodding your pal in the posterior.”

Korea is a popular destination for western expats teaching English.

And you won’t find a foreigner working in a school out there who doesn’t have a tale of sneak attacks by eerily accurate fingers. 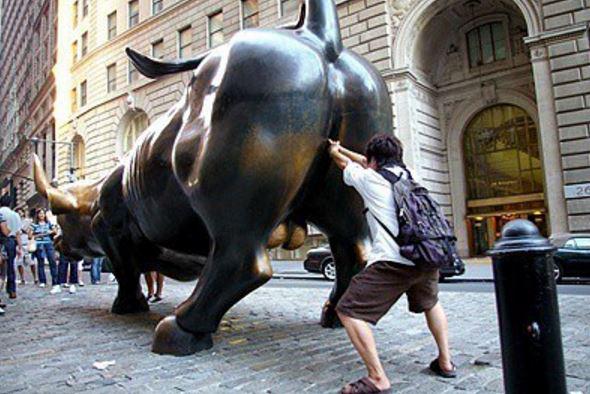 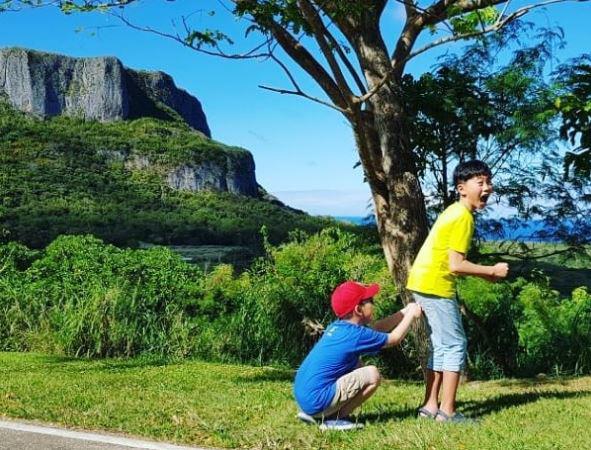 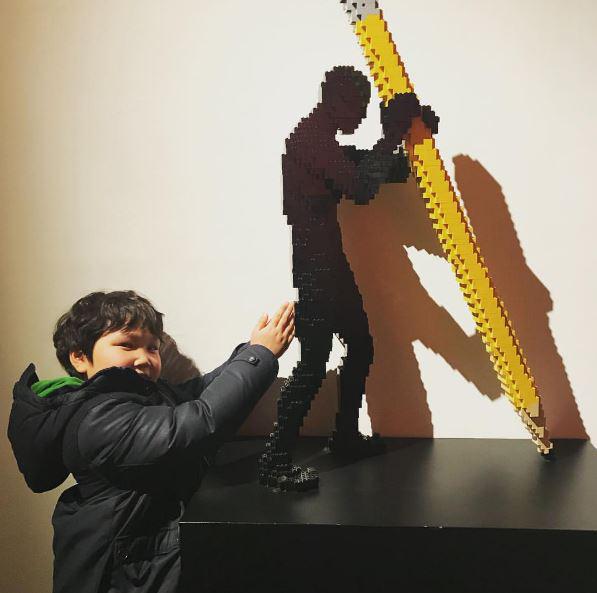 Korean children rarely miss an opportunity to try out the popular prankCredit: YooYing

A kind of souped-up version of the wedgie, the game is believed to have originated in Japan, where its name kancho translates as “enema”.

While in Taiwan, they call it qiānnián shā, after a bum-prodding ninja move from the popular Naruto anime cartoon.

Stranger still, in 2001, a South Korean game developer created an arcade machine for the Japanese market based around the prank.

Called Boong-Ga Boong-Ga, the aim of the game is to gain maximum points by plunging a plastic finger into a bum as hard as possible. 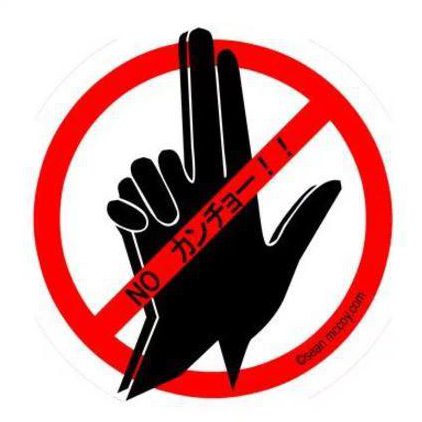 During game, the distressed facial expression of your chosen victim is displayed on screen.

And for gamers who perform exceptionally well, the arcade unit dispenses a small plastic trophy in the shape of a pile of faeces. 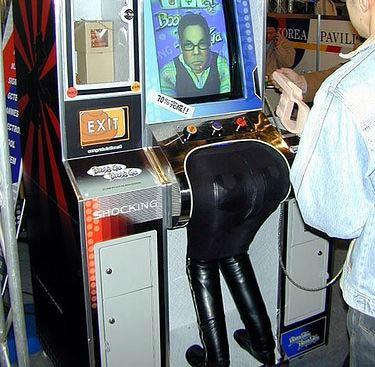 Having worked as an English teacher in Japan, I had a first hand experience of the dreaded “poop needle” at the age of 21.

On day one of teacher training, our jaws hit the floor as the room of aspiring educators was let in on the existence of the prank, only to be told under no circumstances to try and defend ourselves.

Apparently, the year before, one terrified teacher broke a kid’s fingers trying to block a fast-moving thrust.

So, keep your eyes peeled and your cracks covered.

Sun Online Travel previously revealed the bizarre attractions you can see in England.

Traveller have also shared some of the unusual things they’ve seen in airports.

While on TripAdvisor, you’ll be able to find some seriously strange reviews.