A DELTA passenger was left in tears after her suitcase, including all of her homemade Christmas presents – were left destroyed after her holiday.

Arianna Bartolotta, 23, returned from a ten-day holiday in Bali with her friends when the airline lost her suitcase. 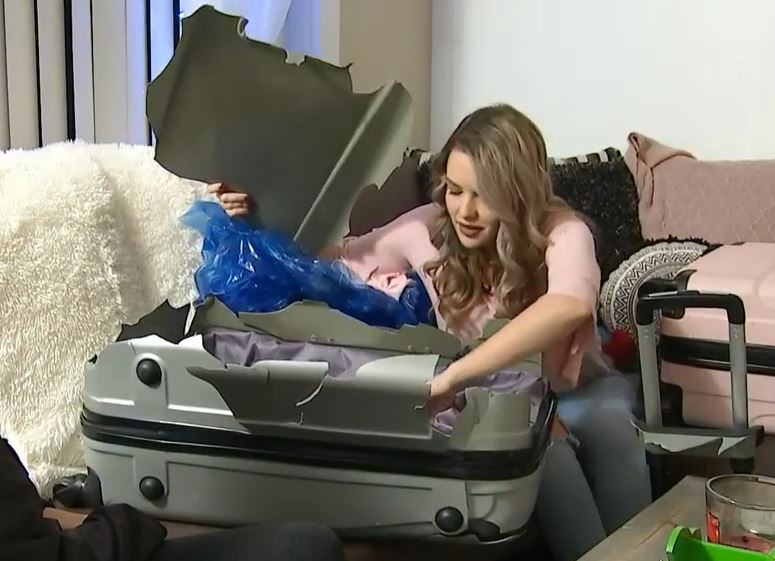 Arianna, who lives in Orlando, changed her flight to return home earlier after falling sick.

She then travelled from Indonesia to Singapore, before flying with Delta to Detroit and then Orlando.

However, after landing at Orlando Airport, her suitcase was nowhere to be found.

Two days later, it showed up at her friend’s house in shattered pieces in the plastic which she had wrapped around it, leaving Arianna in tears. 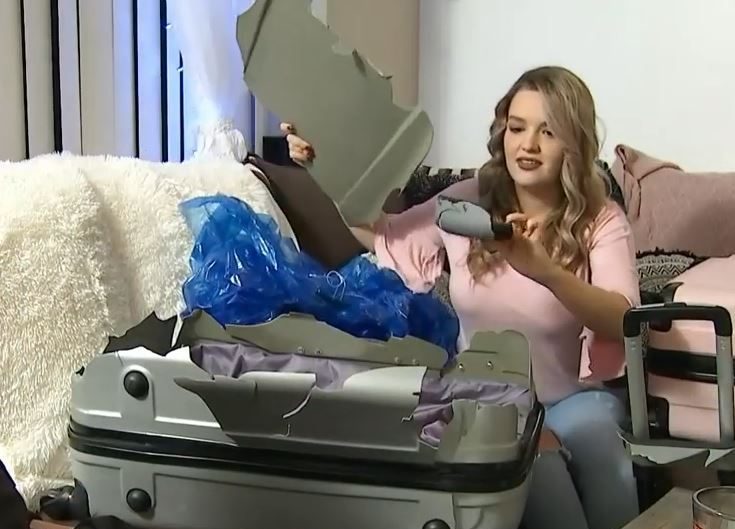 Arianna’s suitcase, as well as its contents, was broken as a result

She told Click Orlando: “They left it on the door, wrapped in this plastic.

Arianna added: “It’s just sad because I specifically bought it so this wouldn’t end up happening.”

Even worse, many of the handmade presents she had bought in Bali were left broken, as well as missing pieces.

After informing Delta about the broken suitcase and contents, she claims the airline offered her just “a few hundred dollars in travel vouchers.”

She was eventually sent a cheque for $357.50 (£271) alongside the vouchers, although Arianna claims the latter are “worthless” as she wouldn’t be flying with the airline again.

Arianna explained she wanted $600 ($456) which was the worth of the suitcase as well as the presents and her belongings.

The airline, which claims passengers can claim up to $3,500 (£2,660) for lost or damaged property, said they issued the compensation as a gesture of goodwill as she was unable to “produce any documentation of purchases.”

Arianna refuted this, saying that many of the presents were from stalls in Bali which do not issue receipts.

An easyJet passenger was left fuming after her suitcase was returned broken, along with her expensive clothes and gadgets.

Holidaymakers have shared their own damaged baggage, with many no longer fit for purpose.

We explain your rights and what you are entitled to if an airline breaks your suitcase.