DESIGNERS have created a new take on the classic London tube map which reveals how long it takes to walk or cycle between stations – as well as the calories we burn.

With society taking tentative steps to return to normality, online sports retailer Decathlon created a unique take on the iconic London Underground map, which looks at the benefits of walking, running, cycling and scootering instead of using public transport. 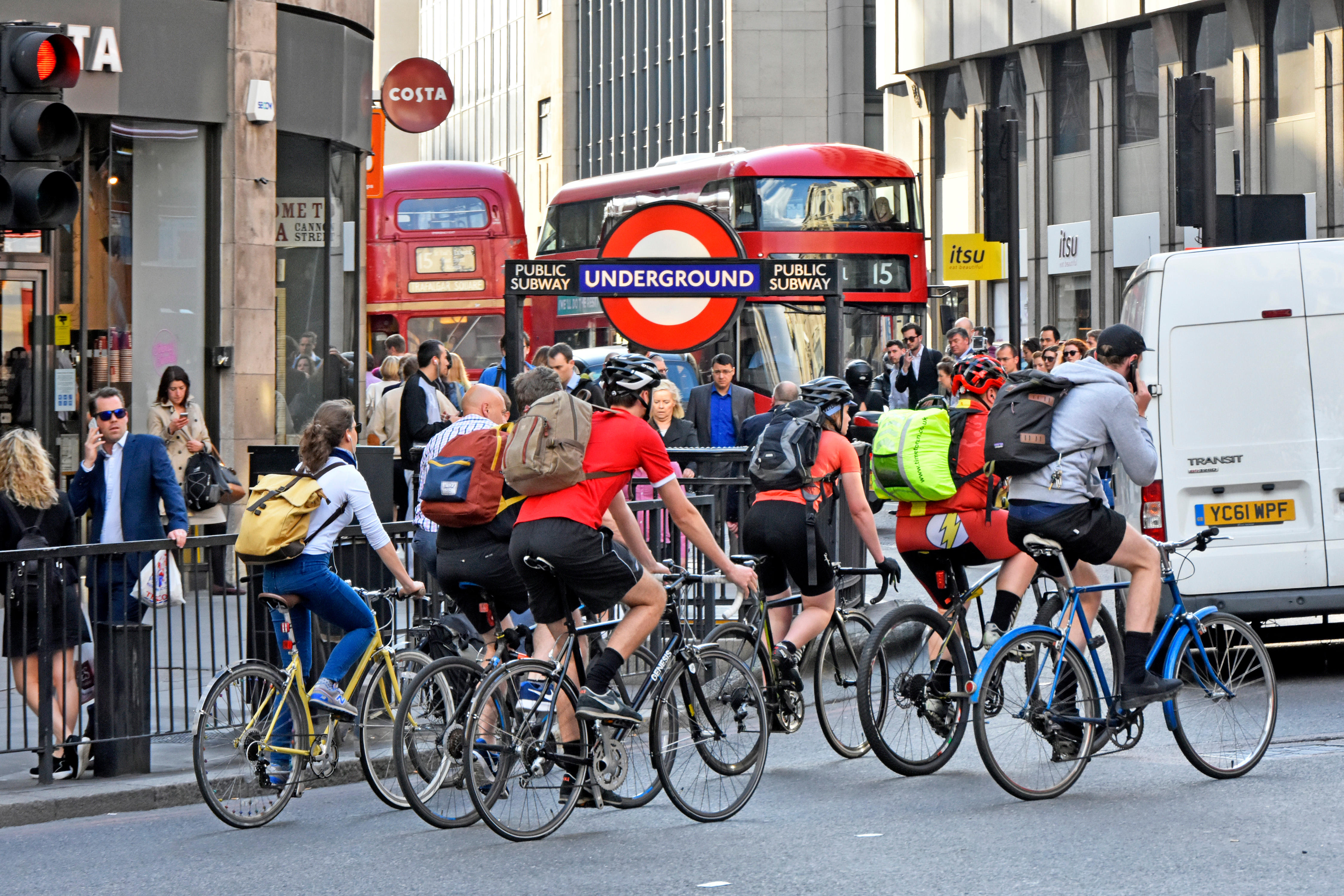 A new London tube map reveals how long it takes to walk or cycle between stations – as well as the calories burnedCredit: Alamy

The Healthy London Transport Map tells you how long it will take to get one from station to the other compared to travelling on the tube.

It also tells you how many calories you would burn, the amount of CO2 you will save and how much it would have cost to have taken the train.

For example, taking the tube from Paddington to Oxford Circus would typically take around eight minutes and cost £2.40.

Getting from Wimbledon to Westminster takes around 40 minutes on the tube but on a bike it would take approximately 47 minutes, burn 388 calories and save 512g of CO2.

The map was designed by Decathlon after a study revealed 60 per cent of workers who have been doing their job at home are worried about returning to the workplace during the pandemic, with the idea of using public transport again a big concern.

As a result, 75 per cent of Brits are going to avoid getting on a bus, train or taxi.

The survey of 2,000 adults also found that 30 per cent did more exercise during lockdown than before. 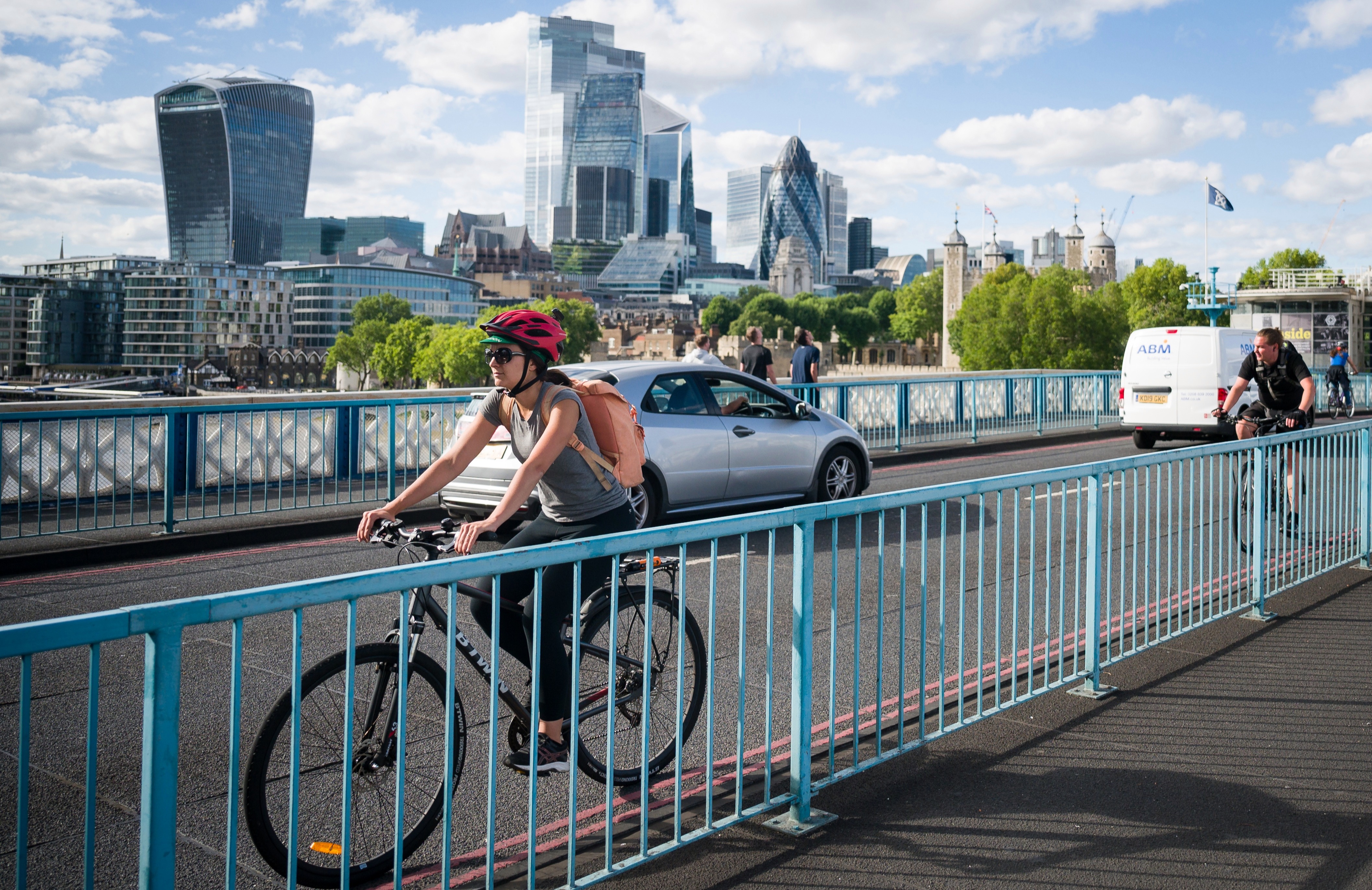 Brits have been getting fit during lockdownCredit: Getty Images – Getty

Walking (66 per cent) was the most popular way to keep fit, while 31 per cent worked out while gardening, 19 per cent did floor exercises, 17 per cent went running and 15 per cent got out on their bicycle.

Just over one in 10 (12 per cent) took part in online and on-demand fitness shows while 11 per cent did yoga and weight training to keep in shape.

More than half (56 per cent) of the adults polled for Decathlon by OnePoll are going to maintain their fitness regime when normality resumes.

And 64 per cent want the government and local authorities to do more to encourage people to walk, run, scooter and cycle to work.

Eric Mazillier, cycle-commuter and CEO of Decathlon UK, said: “We created the Healthy Transport Map for London to encourage those living and commuting in and around the city to find healthier, safer and more sustainable ways to get around.

“Our goal for the creation of this free, easy-to-use tool, is to be used as a helping hand for people, their families and communities to achieve any ambitions to become happier, healthier – whether physically or financially – or to reduce the impact of their travel-habits on our environment.

“We hope this small but important development will be the little push that many people want and need, to find accessible and alternative ways to be where they need to be, without using those emission-heavy forms of transport.”

Jet2 cancels flights and holidays to Spanish islands until August 10

Prior to lockdown, 44 per cent of respondents said they typically drove to work, while 18 per cent walked.

But despite people beginning to return to work, the average Brit wants to wait around 14 weeks before returning to public transport normally again.

Incredibly, one in 10 of those surveyed said their employer had been encouraging them to use public transport to get to work during the pandemic despite the risks.