MYKONOS is feared to be the epicentre of a Greek coronavirus spike, with a team of health officials rushing to the resort today.

The island, arguably one of Europe’s most famous party destinations, has seen a rise in cases as well as rave parties and large gatherings that are feared to have become super-spreader events. 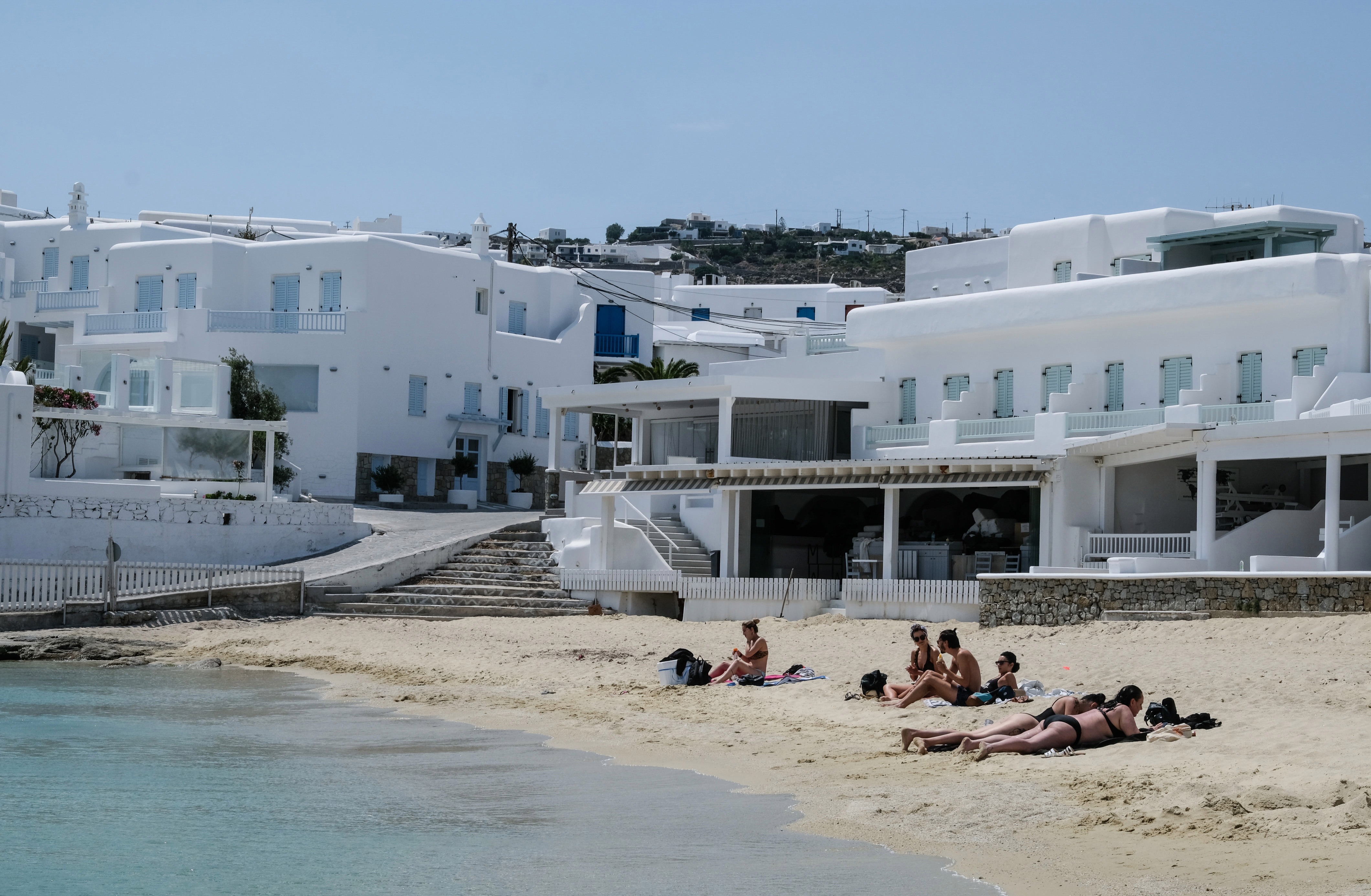 Mykonos is fearing that large parties and raves have lead to being the epi-centre of new casesCredit: Getty Images – Getty

Locals and tourists were subject to spot tests by officials from the country’s public health organisation.

On Thursday, Greek authorities were forced to close down Alemagou, one of Mykonos’ most popular beach bars, after seven staff members tested positive for the virus.

More than 80 people have been told to isolate in their residences regardless of their test results, according to local media.

The bar was forced to close during the pandemic back in June, as authorities shut it down for 60 days and fined the owners €20,000 (£18,000) for disobeying safety regulations.

The mayor of Mykonos, Konstantinos Kostas had requested the health teams visited the island amid mounting concern over safety violations at bars and nightclubs.

“The protection of public health is not only a duty but is the necessary precondition for maintaining the good image of the country and of the island internationally,” said Mykonos’ mayor Konstantinos Koutsas. 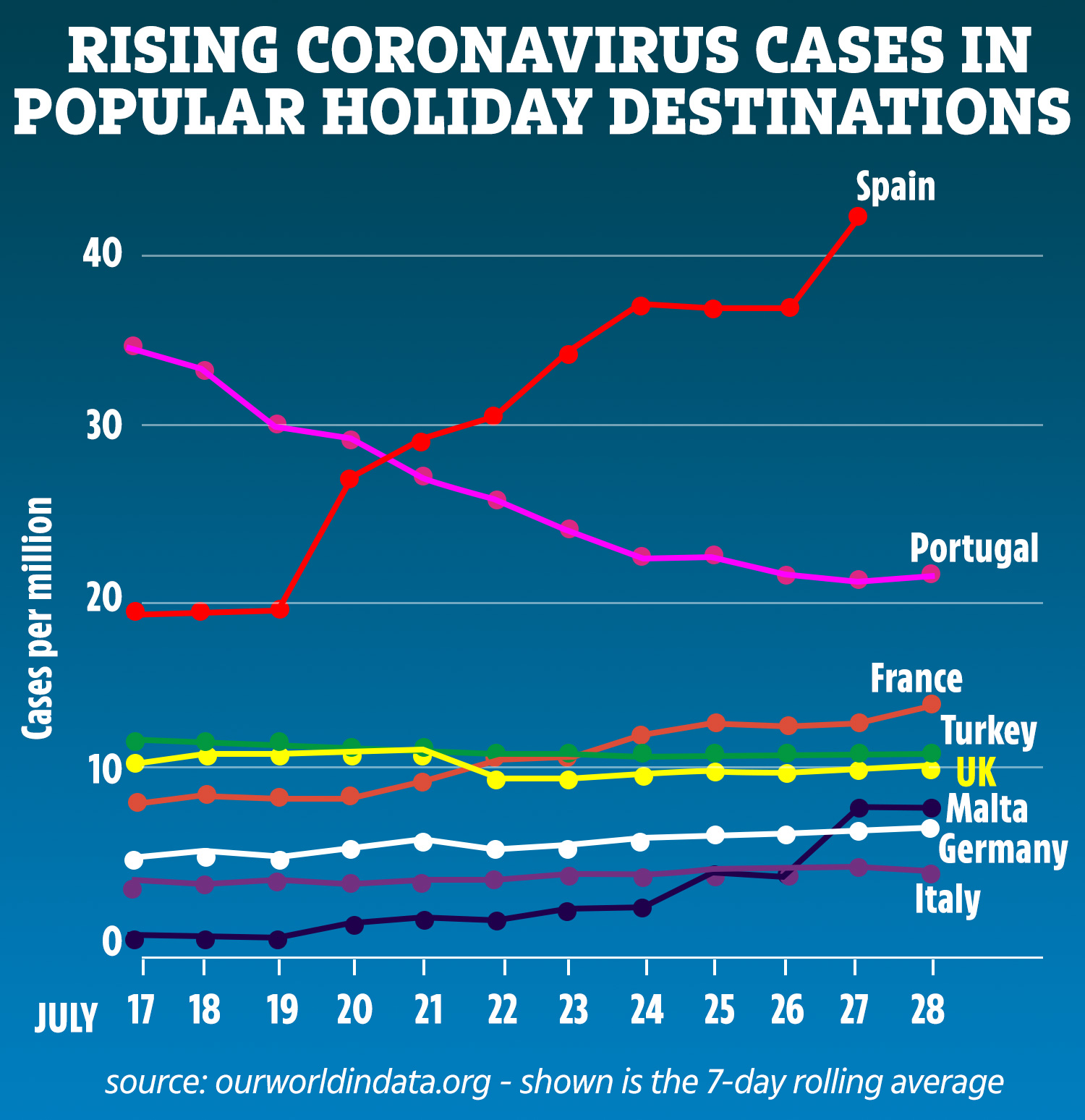 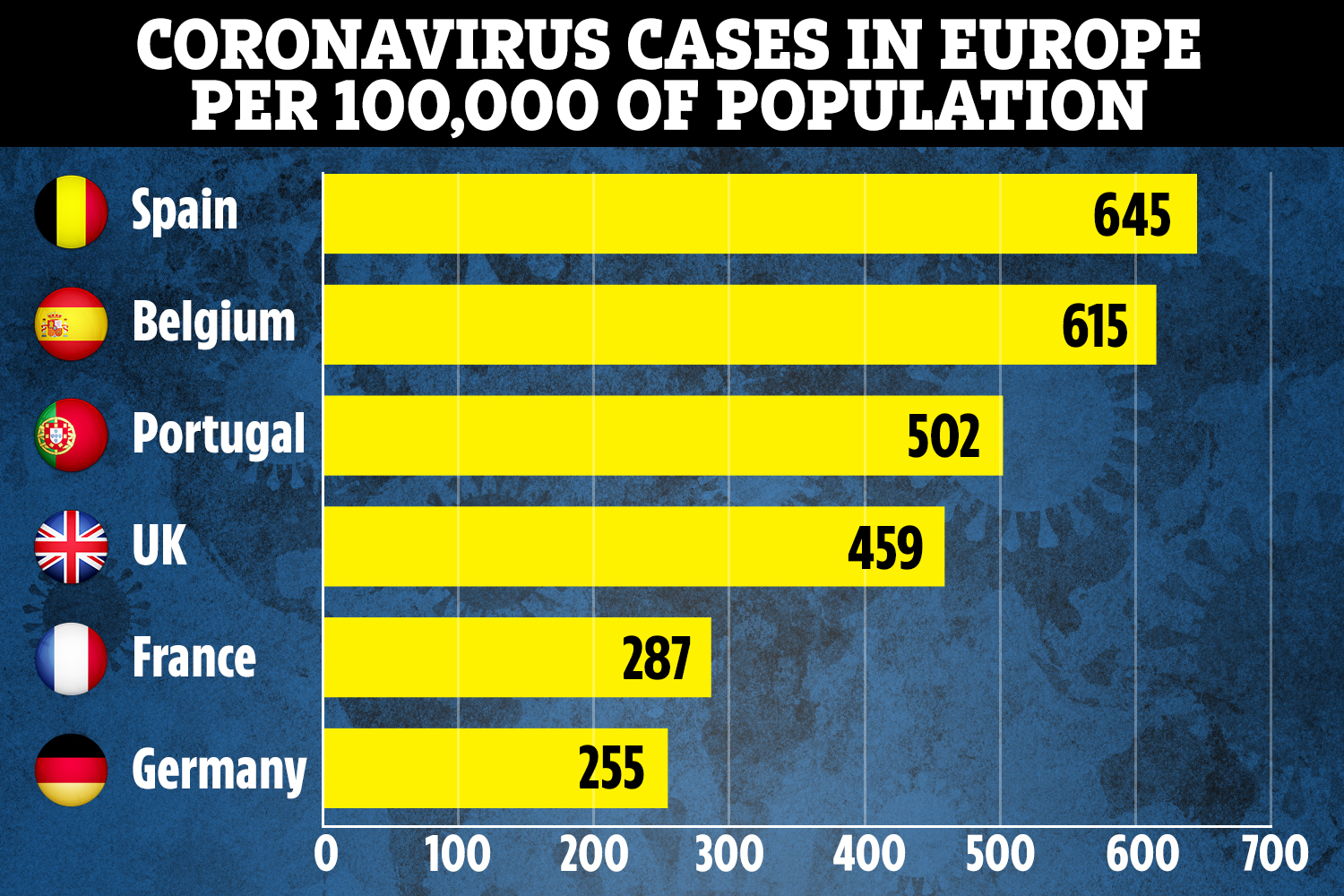 The ever-popular resort is attracting growing numbers of visitors with tourists piling into beach bars and other nightclubs in Mykonos’ party town.

Last week the country’s civil protected minister ordered increased inspections of bars and nightclubs after a party at a private villa drew more than 200 people.

Police say the crackdown will intensify ahead of the peak summer season.

More and more Greek islands are reporting cases of coronavirus after months of reporting none at all.

The Ionian isles of Corfu, Lefkada, Zakynthos and Kefalonia – where Brits are the main tourist market – have registered infections in recent weeks.

Cases have also been recorded on Crete, Lesvos, Rhodes, Chios and Evia. 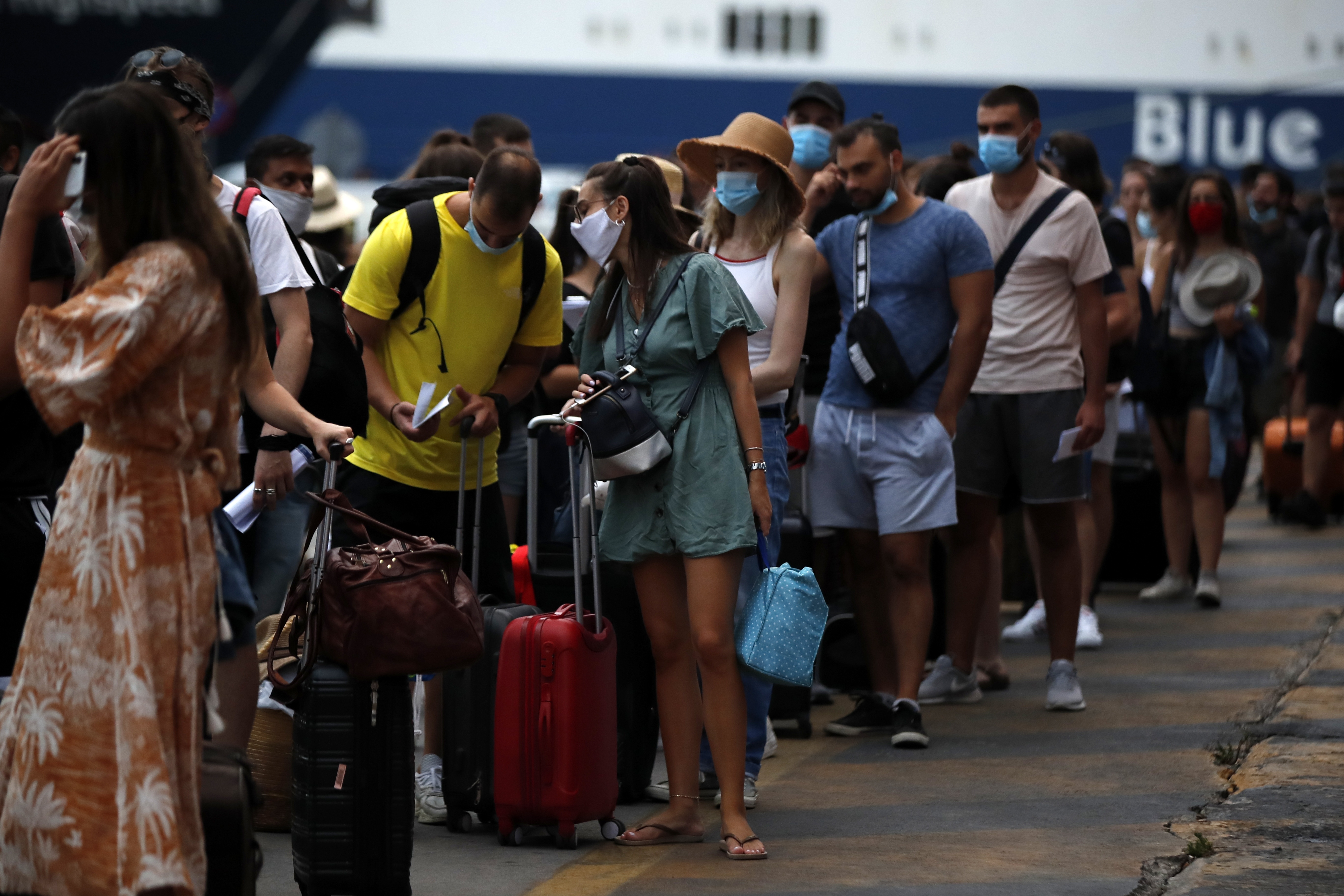 Brits have been able to return to Greece on holiday since July 15Credit: AP:Associated Press 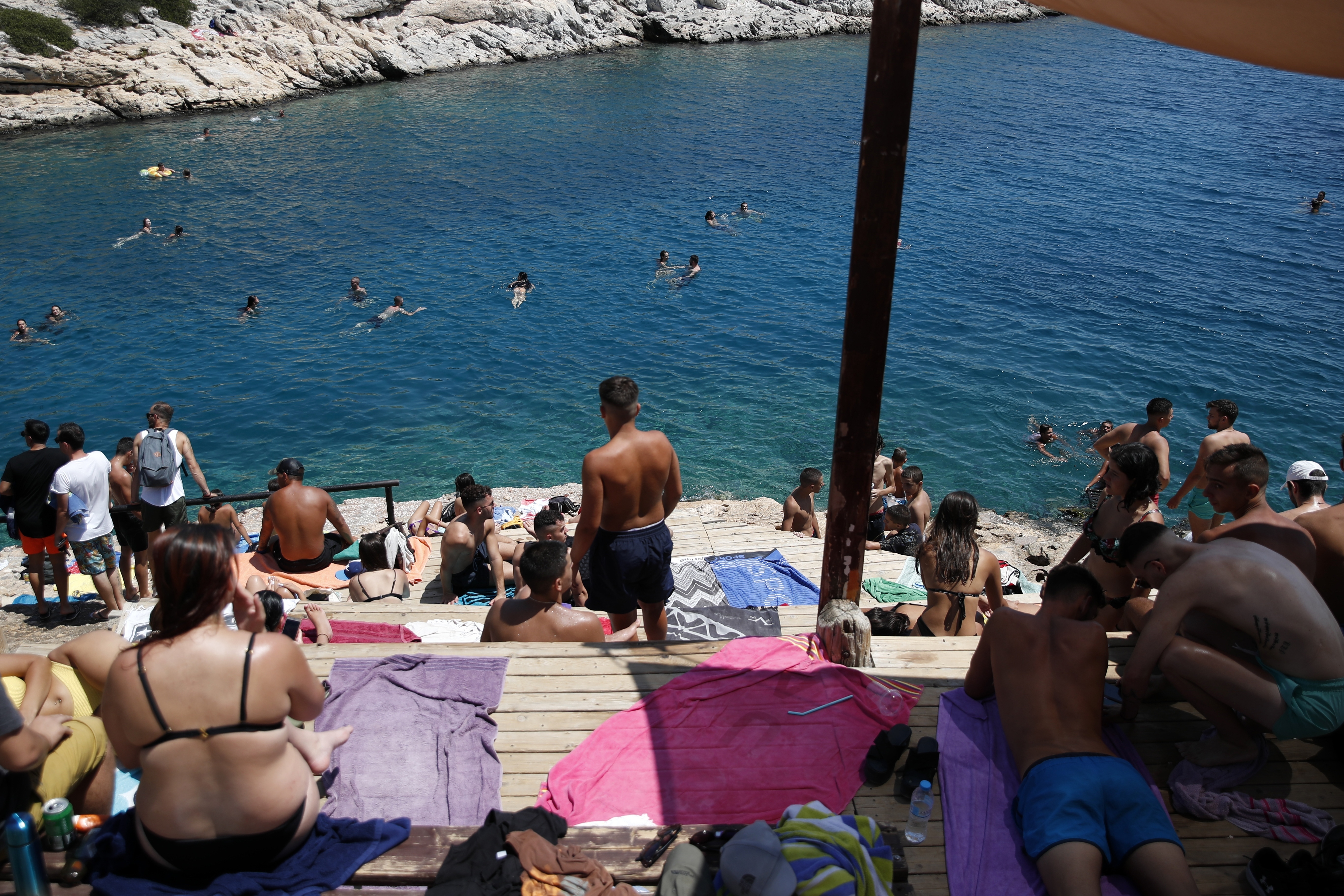 However, the rise in cases could lead the country being removed from the UK’s safe listCredit: AP:Associated Press

In the Argo Saronic Gulf, outside Athens, authorities have been forced to put Poros island under curfew after 13 people tested positive for the virus. On Friday the number had risen to 30 authorities announced.

At an emergency teleconference health officials did not rule out imposing local lockdowns to try and contain the spread of the disease.

Greece has reported its highest number of new coronavirus infections in weeks, with 149 new cases yesterday – the highest daily increase since April 26.

Yet Brits are still heading for a Greek holiday, as easyJet claims flights are soaring to the country after the Spain travel ban.

EasyJet and Ryanair both fly to Mykonos and are offering bargain flight packages into the late summer.

While the majority of new cases in Greece have been located in Thessaloniki, 12 of them have been from tourists entering the country, taking overall cases to 5,123.

Greece’s top scientific adviser, Professor Sotiris Tsiodras said: “There must be great vigilance to a possible increase. The situation could quickly get out of hand. It needs vigilance and attention by all.”

Footage shows a busy beach in Athens, Greece, as lockdown measures are eased across Europe