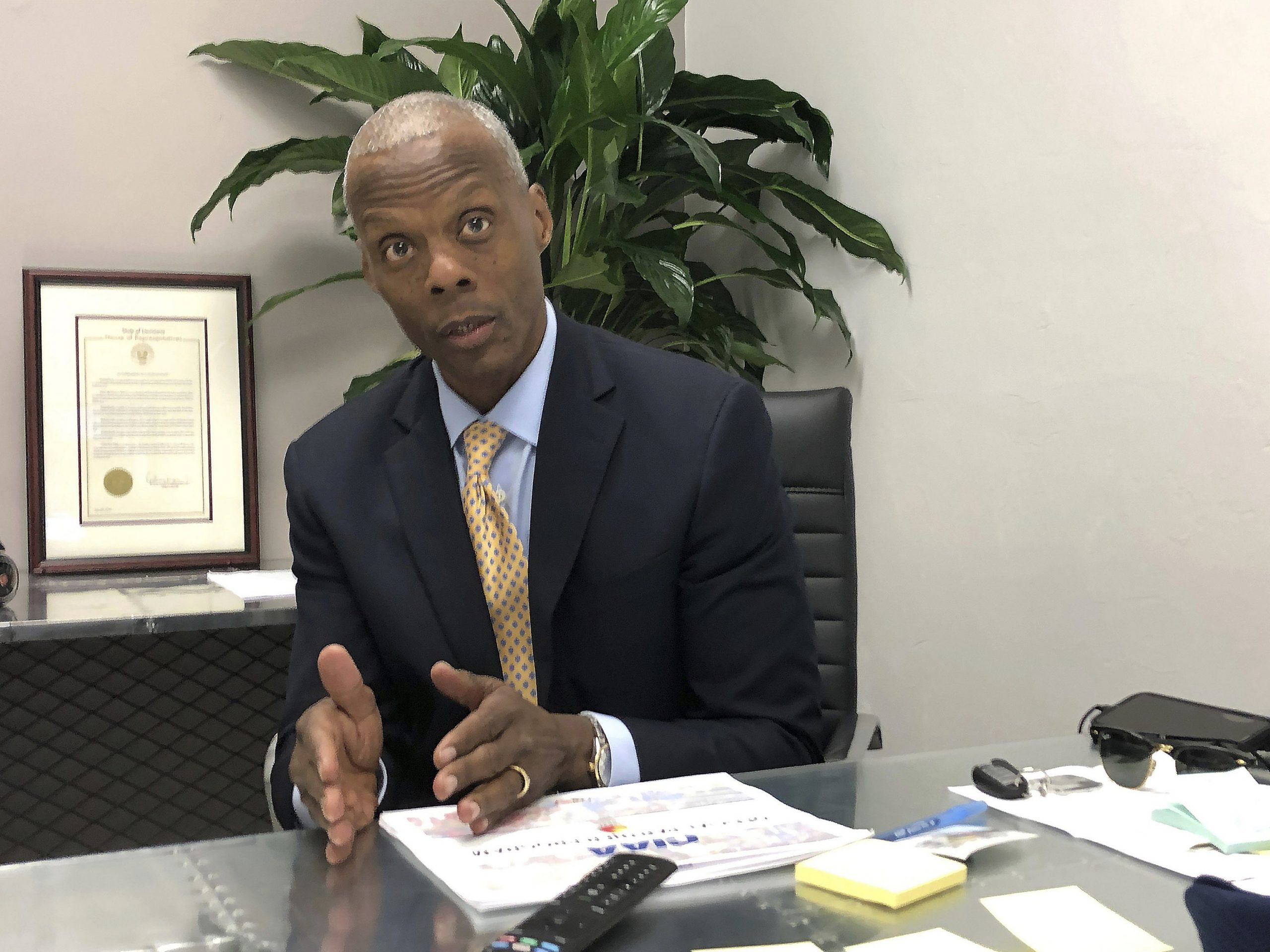 TALLAHASSEE, Fla. (AP) — Former U.S. Rep. J.C. Watts was beaming like a proud parent as he talked about the…

TALLAHASSEE, Fla. (AP) — Former U.S. Rep. J.C. Watts was beaming like a proud parent as he talked about the launch of Black News Channel — a project he’s worked on for years to create what’s now the nation’s only 24-hour news network aimed at African Americans.

He was sitting at the network’s Tallahassee studio with Gary Wordlaw, head of news and programming, watching a countdown clock as the network prepared to go live.

“I was sitting there leaning forward looking at the screen, and Gary goes, ‘OK, in about two minutes we’re going to see if this baby comes out.’ And sure enough it did,” Watts said in an interview at the studio. “We birthed a child on Feb. 10 at 6 a.m. Eastern Standard Time — a healthy child — and now we have to nurture it on to adulthood.”

The goal of the network is to reach black audiences with stories that give a broader perspective about their community than what other networks provide. That could include health issues unique to African Americans, discussions about historically black colleges and universities, how federal housing policy proposal could affect them or just simply making people aware of positive accomplishments African-Americans are achieving, Watt said.

“We are more than athletes and entertainers, and on the hard news side, we’re more than crime,” said Watts, who was a star quarterback at the University of Oklahoma in the 1980s and later played in the Canadian Football League. “For every 17-year-old African American male that you show me that’s being carted off in handcuffs on the 10 o’clock news … I can show you 50 17-year-old African American males that get up every morning trying to figure out, ‘How am I going to make my mother proud of me.’ That’s the story doesn’t get told enough.”

Other channels focused on African American audiences, such as BET and TVOne, have had news programming but haven’t concentrated solely on news.

Watts serves as chairman of the network, and it’s a project that he’s worked on for years. It received a lift when billionaire businessman and Jacksonville Jaguars owner Shad Khan provided the capital to get the channel on air. While Khan hasn’t disclosed how large a check he’s writing, he has said it’s enough support to keep it alive for years.

While there were some glitches that kept the network from being seen in all the markets it was hoping to reach during the first week launch, Watts said those problems will be resolved. The network has or is working on agreements with cable, satellite and television streaming companies and expects to soon be available in more than 100 million households.

Watts said he hopes that it isn’t just African-Americans that tune in.

“For anyone who wants to have a deeper relationship, a deeper understanding of the African-American community, I think we can be helpful,” Watts said.

The network has about 60 employees at its home in Florida’s capital city, and has bureaus around the country with plans to have a staff of about 100 nationally.

A recent look at the network showed stories ranging from an investigative piece on whether a major credit reporting company has an algorithm that gives blacks lower credit scores, to a look at privacy concerns on dating apps. And like other networks, it covers weather, sports and entertainment.

And Watts, a father of six, smiled when asked what the viewers saw when his new baby was born.

“Later in the day I went around to staff saying, ‘This will be a trivia question: What’s the first story ever aired on the Black News Channel?”

There’s a two part answer. The first image was a photo of the National Museum of African American History & Culture in Washington, D.C. Watts, a Republican, teamed up with civil rights leader and Democratic Rep. John Lewis to pass legislation to create the museum.

The first story was about the Academy Awards the night before.

“The first thing out of the box was the picture of the African-American Museum, and 15 seconds later it was programming —the Oscars,” Watts said.