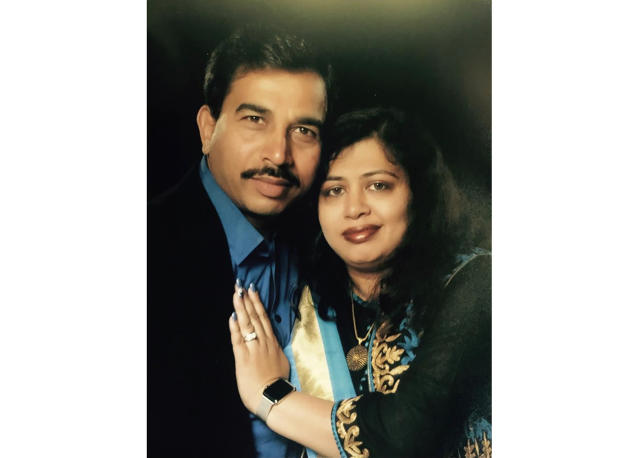 WELLINGTON, New Zealand (AP) — An American husband and wife have now both died from injuries suffered in a New…

Pratap Singh battled for 50 days before dying from his burns on Jan. 28, police and family members said. His wife Mayuari died at the same Auckland hospital five weeks earlier.

The couple’s nephew Vick Singh wrote a powerful statement about their lives and their ordeal, describing how they were loved in their community and how they might have been saved by proper safety equipment.

Known as Paul and Mary, the Atlanta-area couple had been visiting New Zealand’s White Island volcano with dozens of other tourists on Dec. 9 when it erupted, scalding them with super-heated water from below the crater surface.

Twenty-one people have died. In all, 47 people were visiting the island at the time, and many still remain hospitalized with severe burns.

“I visited Paul and Mary every day since Dec. 10 while they were at the Middlemore Hospital, the last 50 days of my life were distressing, slow and agonizing painful,” Vick Singh wrote.

He said Mary suffered burns to 72% of her body and Paul to 55% of his body, with doctors describing him as a fighter after he underwent numerous surgeries and treatments.

Singh said Paul, 49, was an entrepreneur who was well-known in the Indian American community in Atlanta for his philanthropy and social service.

“His unmatched exuberance and unconditional love for everyone around him will forever be missed,” Singh wrote. “He was the best father, best guardian, best brother, best uncle, best volunteer and the best friend anyone could wish.”

He described Mary, 42, as an ambitious professional and supermom who would meticulously hand-make delicious meals from various cultures, whether it was Indian, American, Italian or Mexican.

He said the pair created a central hub for all their family and friends.

Tour operator White Island Tours has so far declined to comment in detail on what went wrong that day.

Tourists who had visited the island immediately before the eruption told The Associated Press they were provided with minimal safety equipment such as hard hats and optional gas masks, which they could wear if they had trouble breathing.

New Zealand authorities are investigating the circumstances around the disaster. Many have questioned why tourists were allowed on the island after authorities raised its alert level three weeks before the eruption.

Singh said he wanted to keep promoting the devoutly religious couple’s mission to provide support to children in need across the world.

“We miss them dearly and their memories are going to stay fresh in our hearts and minds for the times to come,” Singh wrote. “This changes everything, a new normal might be impossible to achieve for our family.”