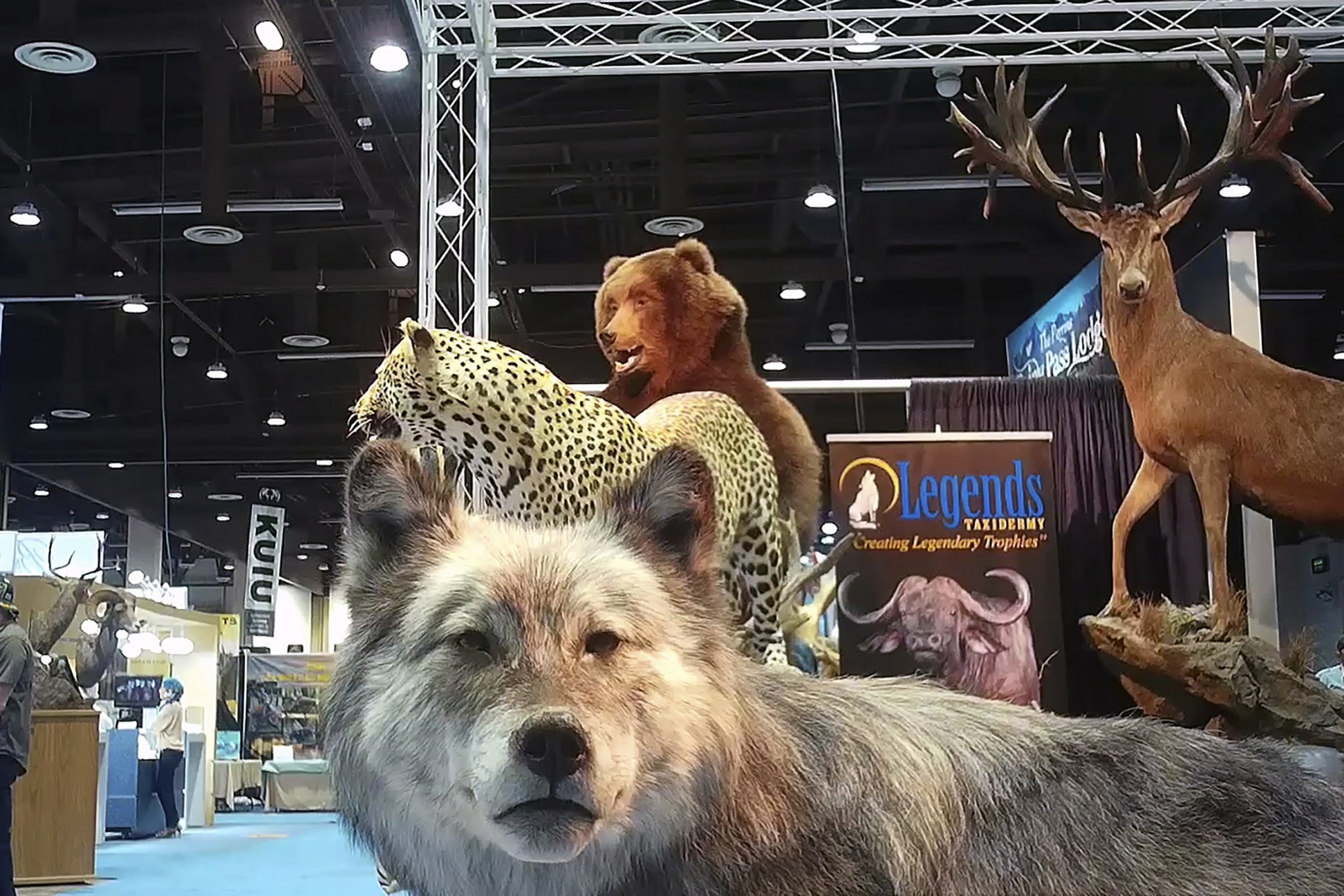 WASHINGTON (AP) — A trophy-hunting group says it has launched an ethics investigation following the release of undercover video showing vendors at its recent convention promoting trips to shoot captive-bred lions in Africa.

“Under my leadership, this organization will take all necessary action to ensure that all of our partners adhere to the policies that are instrumental in making us First for Hunters,” Hamberlin said, referencing his organization’s slogan. “No matter where this investigation may take us, I can guarantee that SCI will identify and follow the right course of action to guarantee the integrity of our show, and adherence to our high standards for ethical hunting.”

Hamberlin’s statement comes after The Associated Press reported Wednesday on video footage collected last week by investigators for the Humane Society of the United States at SCI’s annual conference in Reno, Nevada. SCI’s yearly gatherings typically draw thousands of attendees and hundreds of vendors selling firearms, overseas safari trips and items made from the skins and bones of rare wildlife.

In the video, three safari tour operators can be clearly heard confirming the lions to be shot on the trips were bred in captivity. Typically, the lions used in such canned hunts are raised in cages and small pens before being released into a larger fenced enclosure. Once reaching young adulthood, customers pay to shoot them and keep the skins, skulls, claws and other body parts for trophies.

“They’re bred in captivity. They’re born in captivity, and then they’re released,” a salesman for Bush Africa Safaris, a South African tour operator, says on the video. “There’s guys who are going to tell you something different on the floor, they’re going to bulls—t you, that is what it is.”

SCI issued a policy in 2018 opposing the hunting of African lions bred in captivity, which the group said is of doubtful value to the conservation of lions in the wild. After the Humane Society captured video of canned hunts being sold at the SCI convention last year, SCI issued a statement pledging not to accept advertising from any operator selling such hunts, nor allow their sale in the vendor booths rented out at its 2020 convention.

As part of SCI’s statement sent to AP on Friday, Hamberlin suggested without offering any specific evidence that the Humane Society had selectively edited the videos it released. He challenged the animal welfare group to provide SCI with its raw, unedited videos from the Reno convention.

SCI’s statement also said that the vendors caught on video selling canned hunts would also be provided an opportunity to tell their side of the story.

“The vendors who attend SCI’s Convention every year are a crucial component to the organization’s overall role as the leading advocate for hunters and they too have the right to a fair and transparent process with the opportunity to defend their business against allegations that may be entirely baseless,” the group’s statement said.

Anna Frostic, an attorney for The Humane Society, said Friday her group had not received any sort of direct request for video from SCI, but pointed to publicly available links of sound bites and extended footage gathered at the conference.

“The video footage we have that is relevant to what we found at the SCI convention regarding captive lion hunting is freely available online,” Frostic said.