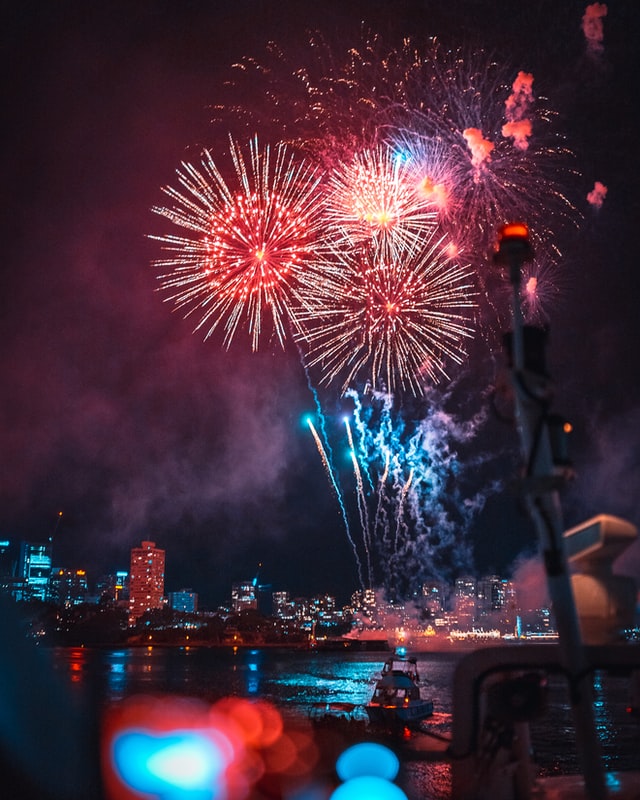 New Year is a time of miracles, magic, new impressions, and feelings. Many people want to hold the festival in an unusual place, far from the usual streets and high-rise buildings. European cities are ideal for this purpose, combining ancient architecture with modern conveniences. Consider which Old World sites are most popular with tourists.

A trip to Europe at the end of the year rarely includes Scandinavian countries (Norway, Sweden, Finland). In these countries, it is customary to celebrate New Year’s holidays in a close family circle. Therefore, tourists will not find bright lighting, mass events, or comfortable hotel complexes decorated in Christmas style (except for the capital) here.

In the countries of Central Europe, on the contrary, they are preparing for the new year festively on a grand scale. Millions of tourists visit the capitals of European countries, and each finds entertainment to their taste. Visitors will remember Christmas markets, parades of fairy-tale heroes, fantastic fireworks, and local cuisine for a long time.

To relatively cheaply celebrate the New Year 2023 in Europe, you must buy tickets in advance and book a hotel room and a table for a celebratory dinner. In summer and autumn, the price for this service is much lower than in December for holidays. In addition, many travel agencies organize discounts and promotions for vouchers to little-known but no less interesting places in Europe.

The best ideas for where to celebrate New Year in Europe

New Year can be seen in different European cities. Most of the events are held in the capitals. A New Year’s tree is set up in the main squares, and local musicians, presenters, and exercisers are invited. In ski resorts, vacationers go sledding, skiing, and snowboarding. In southern countries, they enjoy hiking, breathing in the forest, and clean sea air.

When asked where they should go in Europe at the end of the year, many test players immediately answer – London. Since November, this city has been sparkling with festive lighting as it prepares to welcome millions of tourists. The best places to book are rooms overlooking the Thames and a table in a medieval-themed restaurant.

Circled the London Eye on the evening of December 31. Its height is 135 meters, and the attraction time is 30 minutes. During this half hour, you can explore the city, appreciate the New Year’s decorations and enjoy the beautiful view. And in the last minute of the old year, the clock on the giant screens of Piccadilly and Trafalgar Square begins to count down, after which the sparks of incredible fireworks color the sky.

Celebrating New Year in Paris, the most romantic place in Europe is the dream of every couple in love. It is worth noting that the city shines with festive lighting, not only on the Champs Elysees and around the Eiffel Tower. French leaders and residents have been decorating houses and streets since December 6 (St. Nicholas Day).

Lovers can spend New Year’s Eve on board a ship sailing along the Seine. During this time, you will enjoy an exquisite European cuisine feast and see the historical sights and lights of modern Paris. In addition, the boat has a dance floor with professional DJs and an outdoor area to get out in the fresh air.

A trip to Paris is the best way to celebrate the New Year in Europe for lovers and families with children. After all, you can spend this night (until 01.00) in one of the best Disneylands in the world. The festival’s program is so extensive and varied that children will not notice how time has passed. But the memories of Santa Claus, elves, and fairy tale heroes will live with them for years.

When asked where to celebrate the New Year in Europe for young people’s business, travelers answer – in Berlin. Traditionally in Germany, Christmas is celebrated at home, and New Year’s Eve is fun and noisy. So book a hotel room in advance and choose the bars and nightclubs of your own accord, depending on your mood.

On December 31, the Party Mile, which stretches from the Brandenburg Gate to the Victory Column, draws many Berlin residents and visitors. I can hear the sounds of many musical groups and the smell of sausages, beer, and sweets. All people have fun dancing, getting to know each other, and congratulating each other on holiday.

At midnight, a spectacular firework display is launched, after which tourists disperse to numerous bars and nightclubs. Strange, on January 1 in Berlin, they organized an annual 4-kilometer run along the city’s main street. It includes young people and entire families with children and elderly relatives.

Germany is famous all over the world for its Christmas market. You can buy New Year’s clothing (including handmade), clothes, jewelry, and delicacies there. On the bazaars’ territory are a house of Santa Claus, races, ice rinks, and ice rinks.

Choose Austria if you decide to celebrate the New Year in one of the European countries. At any time of the year, Vienna surprises and mesmerizes with the majestic architecture of buildings. Festive lighting on New Year’s Eve makes them look like magnificent castles. The city will welcome you with clean streets, warm weather, and the magical atmosphere of Christmas.

On December 31, from 2 p.m., residents and visitors to Vienna come to the center of the city to walk on New Year’s Eve (Silvesterpfad). Along the way, they taste hot dishes, sweets, and drinks, look at beautiful places, sing and dance with street musicians, get to know each other, and wish each other a happy new year.

People come to St. Stephen’s Cathedral at midnight, on the tower of which a large bell is placed. It is he who counts the last seconds of the old year and heralds the arrival of the new. Afterward, the city’s sky is colored by fireworks, and tourists continue the celebration in the city’s many bars and cafes.

In Vienna, you can celebrate the New Year in imperial style. Anyone can buy a ticket to the ball at the Hofburg Palace. To do this, you need to part with a decent amount of money and buy a black tuxedo and a floor-length evening dress. After a fabulous dinner and a performance by the stars of the opera houses, Austria’s best musicians await you.

New Year’s Istanbul attracts tourists with its mild climate, cheerful atmosphere, and smiling multi-ethnic crowd on the street. Moreover, it is interesting for young people and families with children to celebrate the New Year 2023 in Europe in Turkey.

Tourists recommend starting the new year with a traditional Turkish lunch. Enjoy local cuisine, relax in a cozy and relaxing atmosphere in a Turkish restaurant to have the strength to walk and have fun throughout the New Year. Taksin Square, Faith, and Istikul streets are the most suitable places for youth street parties.

If you don’t like crowds and hanging out with strangers, book a table aboard a pleasure boat that cruises the Bosphorus. Exquisite dishes, champagne wines, and chatting with friends to live music await you. At the same time, a fantastic New Year’s Istanbul view opens from the ship, flickering with colorful lights and exploding with fireworks.

It will be interesting for families with children to walk through the New Year 2023 in Europe streets of Istanbul, to see from inside the Galata Tower and the double Galata Bridge. Then you can visit the toy museum, miniature park, and Sea Life Istanbul Aquarium, where more than 15,000 representatives of marine flora and fauna live.

When asked where they should go in Europe at the end of the year, many Americans immediately answer Prague. After all, this city is characterized by magnificent Gothic architecture in the center and cozy, neat streets on the outskirts. At the same time, the flights, hotel, and restaurant bookings are not expensive compared to other European resorts.

Many residents and visitors to Prague meet on New Year’s Eve in the fresh air. The Old Town, Wenceslas, Square, and Squares are the most popular. And the last seconds of the old year are usually counted on the Charles Bridge. They make a wish and enjoy the fireworks, which are reflected in the water of the Vltava.

There will be no large-scale fireworks in Prague on New Year’s Eve for the first time. City council representatives decided to replace it with a video recording on the walls of the National Museum. They explain this not only by cost savings but also by protection against noisy children, older adults, birds, and pets.

The famous Prague Opera on New Year’s Day organizes a unique program for lovers of this art form. The artists present a performance in the evening, after which they communicate with the guests during dinner with exquisite dishes and expensive wines. Then the ball begins, and all the people present become participants.

This Scottish city attracts tourists worldwide with an unusual and joyful New Year 2023 in Europe celebration. On December 31, residents and visitors to the town go out in a torchlight procession. They walk along the city’s main street and sing the song “Auld Lang Syne” in chorus. Such a walk brings people together and creates an atmosphere of magic and unity.

The walk ends at Princes Street, where animators, musicians, and street vendors selling food, sweets, and drinks await visitors. People have fun, get to know each other, and celebrate the transition over the New Year 2023. And the locals go to visit relatives and friends at night. In fact, according to tradition, the Scots greet the first person who enters their house in the new year with special honor.

On January 1, you can watch brave Scots take to the waters of the River Ford. At the same time, they dress up in funny costumes, sometimes taking pets with them. This tradition started many years ago, but the reasons for “winter swimming” differ for everyone. Some are just having fun, others are struggling with hangovers, and others are punishing themselves for an unfulfilled promise for a year.

Fans of active rest book rooms in hotels in ski resorts. Each of them has its uniqueness. For example, the Nevis Range is located in one of the most beautiful corners of Scotland. As you climb the lift, you can view and photograph the beautiful lakes, mountains, and valleys. And Cairgorn has a 30 km track, as well as its ski school.

Spending the New Year 2023in Europe in different cities in Italy has its characteristics. So, Rome greets visitors with fabulous national festivals. Venice is perfect for celebrating the New Year for couples in love. Milan has fashionistas and fashionistas with Christmas sales and discounts.

Italian Bologna does not gather millions of tourists. But that’s why you can see the whole sight on New Year’s Eve. In addition, the city is considered the culinary capital of Italy and a gourmet’s paradise. It was here that tortellini, salsiccia, parmesan, mortadella, bolognese sauce were made.

On New Year’s Eve, visitors and residents of the city gather in the main square – Piazza Maggiore. The burning of a vast stuffed older man (on the leap year of the older woman) is a symbol of senior year. All troubles, troubles, and illnesses are believed to disappear in the fire, and people get rejuvenation and ease of life.