EASYJET passengers were lucky enough to see the Northern Lights during a flight from Iceland to the UK.

Photographer Ross Martin managed to capture the light show during the flight, which can often be hard to predict or spot. 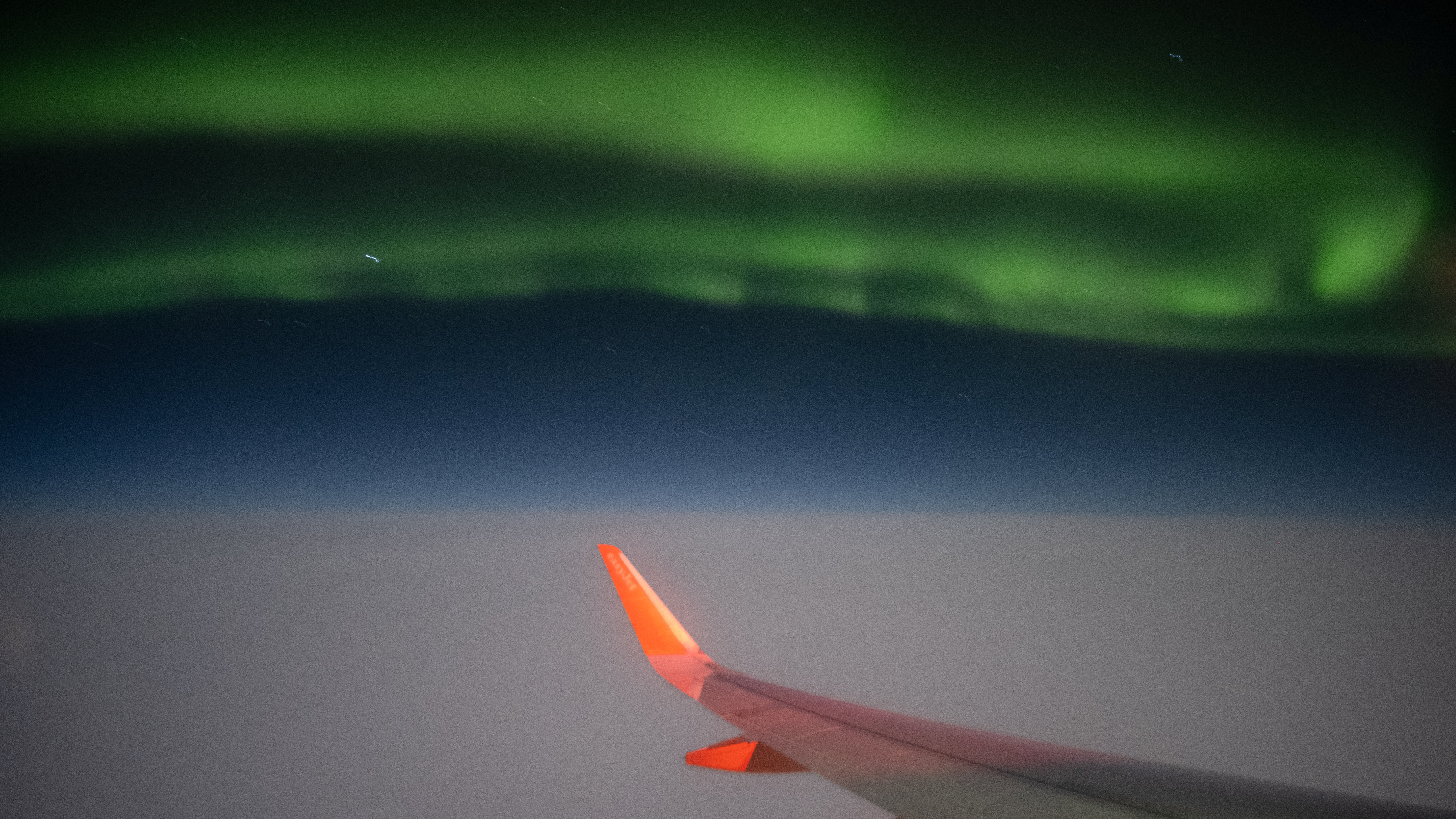 The 38-year-old said the whole plane was “in awe” of the colourful lights which “danced around the plane” during his flight home last Thursday.

The captain even circled around so that every single passenger in the plane could catch a glimpse of the stunning aurora after taking off from the capital of Reykjavik.

Ross, who had been on a five-day holiday to Iceland with five friends, had already seen the lights during the trip but said it was the “perfect way to end the holiday”.

He said: “The five of us flew there looking for the Northern Lights and to see the sights around the country.

“On the flight home, when we got above the clouds we just saw these lights dancing around the plane. I couldn’t believe it, I just thought it was amazing. 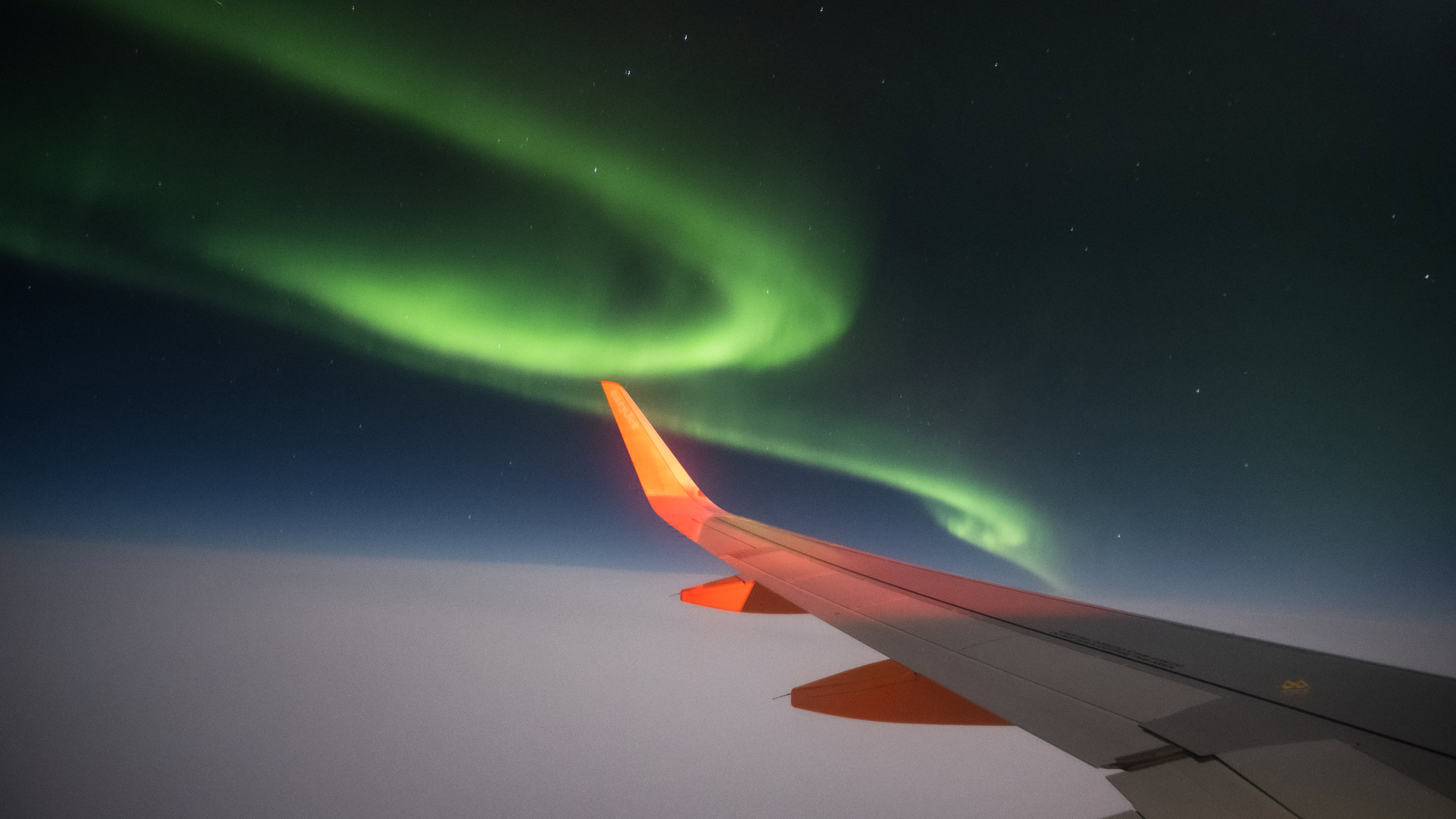 The plane was flying over Iceland when the light show beganCredit: SWNS:South West News Service

“After a few minutes, everyone started to notice as we were getting our cameras out.

“I even asked the stewardess if they could dim the lights so we could see it more clearly and they did.

“About five or ten minutes later the captain came and said we were going to do a circle so that everyone could see it from both the left and right windows.”

For some of the passengers on the plane, it was the first time they had seen the Northern Lights.

Ross, who works as a wedding photographer from Sunderland, said: “We were lucky because we had already seen the lights on the way to our hotel and managed to get some really good shots. 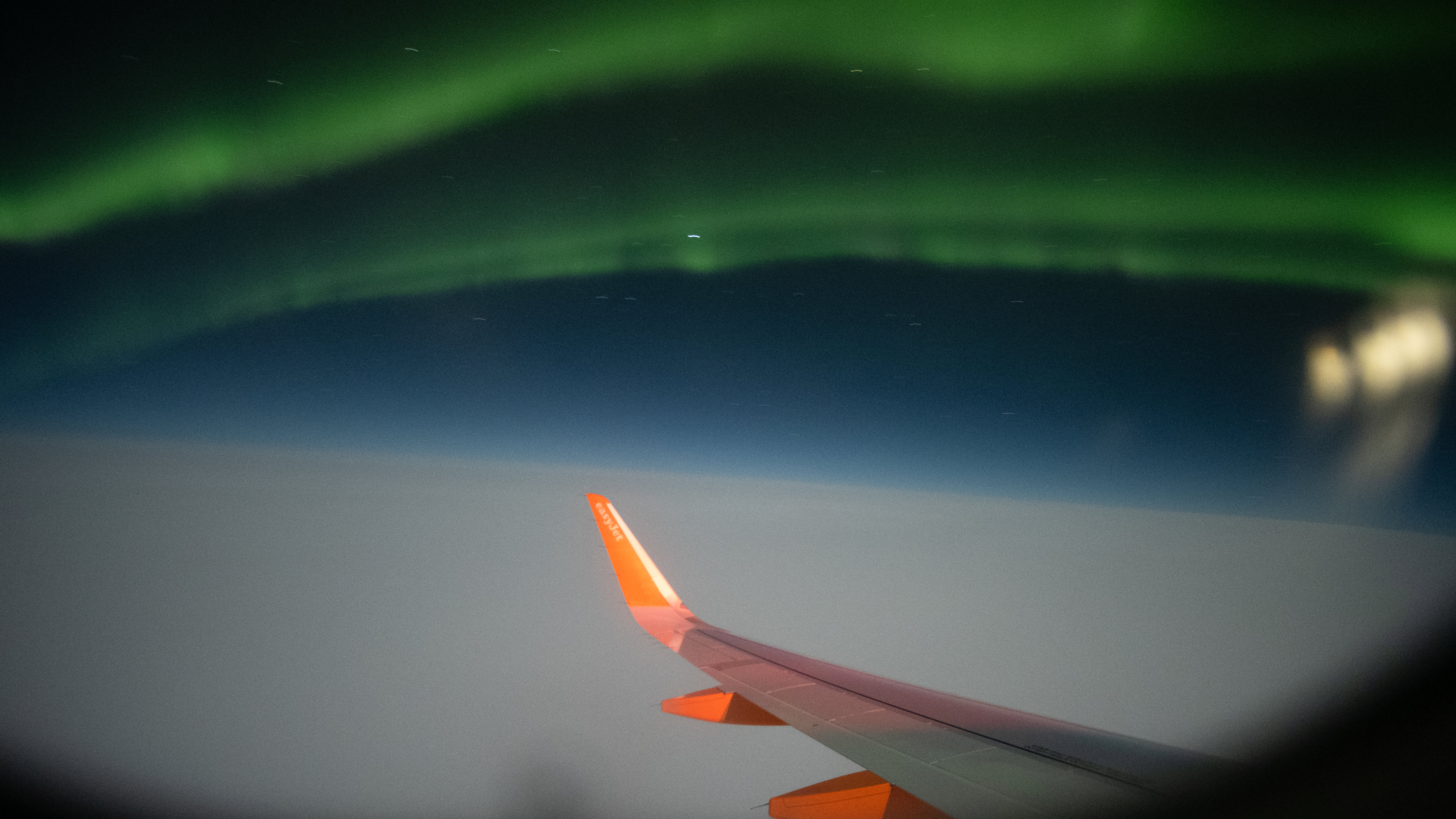 One passenger said the pilot went around so everyone on board could see the rare phenomenonCredit: SWNS:South West News Service

“Quite a few people hadn’t managed to see them so it was their first time seeing it. Everyone was in awe and just really excited.

“It was my first time in Iceland. I live in the north east and you can see the lights but it’s very dim so me and a few friends just decided to fly to Iceland to see them!

“It’s a beautiful country and an amazing trip. It was the perfect way to end the holiday.”

An aurora, often called the Northern Lights, is a natural light display in the Earth’s sky, predominantly seen in the high-latitude regions with little light pollution such as Iceland or Norway.

We’ve rounded up the best bubble hotels in the world with some having the perfect position to see the Northern Lights.

A floating “Arctic bath” hotel in Sweden has some of the best views of the natural phenomenon.