The tandem is sitting there, ready to roll, as we arrive.

These are the wheels I have chosen to carry my husband and I around the island of Guernsey for the next three days. 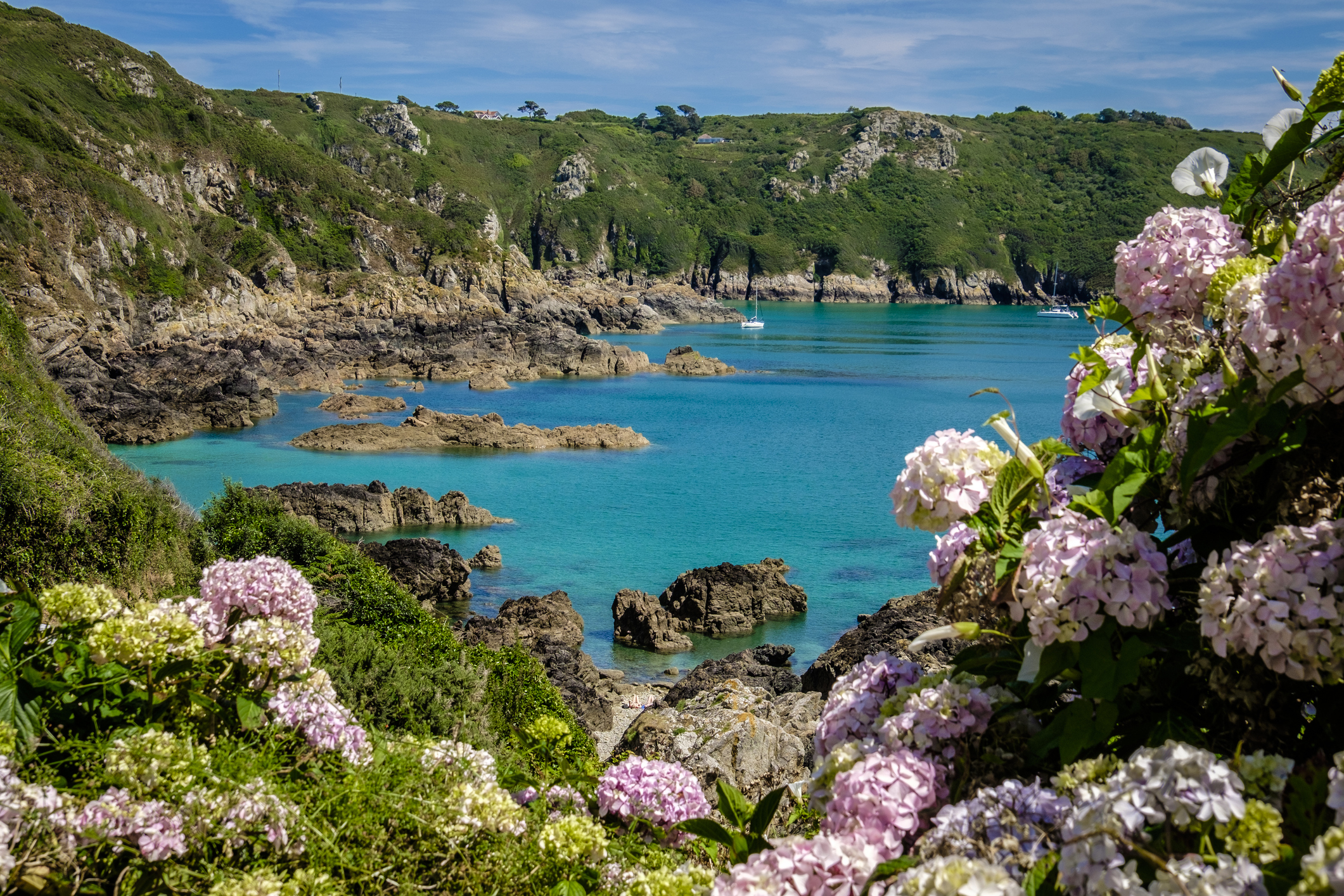 Guernsey, a British Crown Dependency, offers a break from city life and is just a 40-minute flight from Gatwick

Most of what we know of this gem of the Channel Islands comes from Mary Anne Shaffer and Annie Barrows’ 2008 novel, The Guernsey Literary And Potato Peel Pie Society — and its 2018 film adaptation starring Lily James.

Thanks to the book and movie, Guernsey is idealised as a place to find yourself and reconnect.

In my mind, before I arrived, this British Crown Dependency off the coast of Normandy was all cobbled streets, sweeping beaches and rugged farmers with Hollywood looks, while also bursting with history. 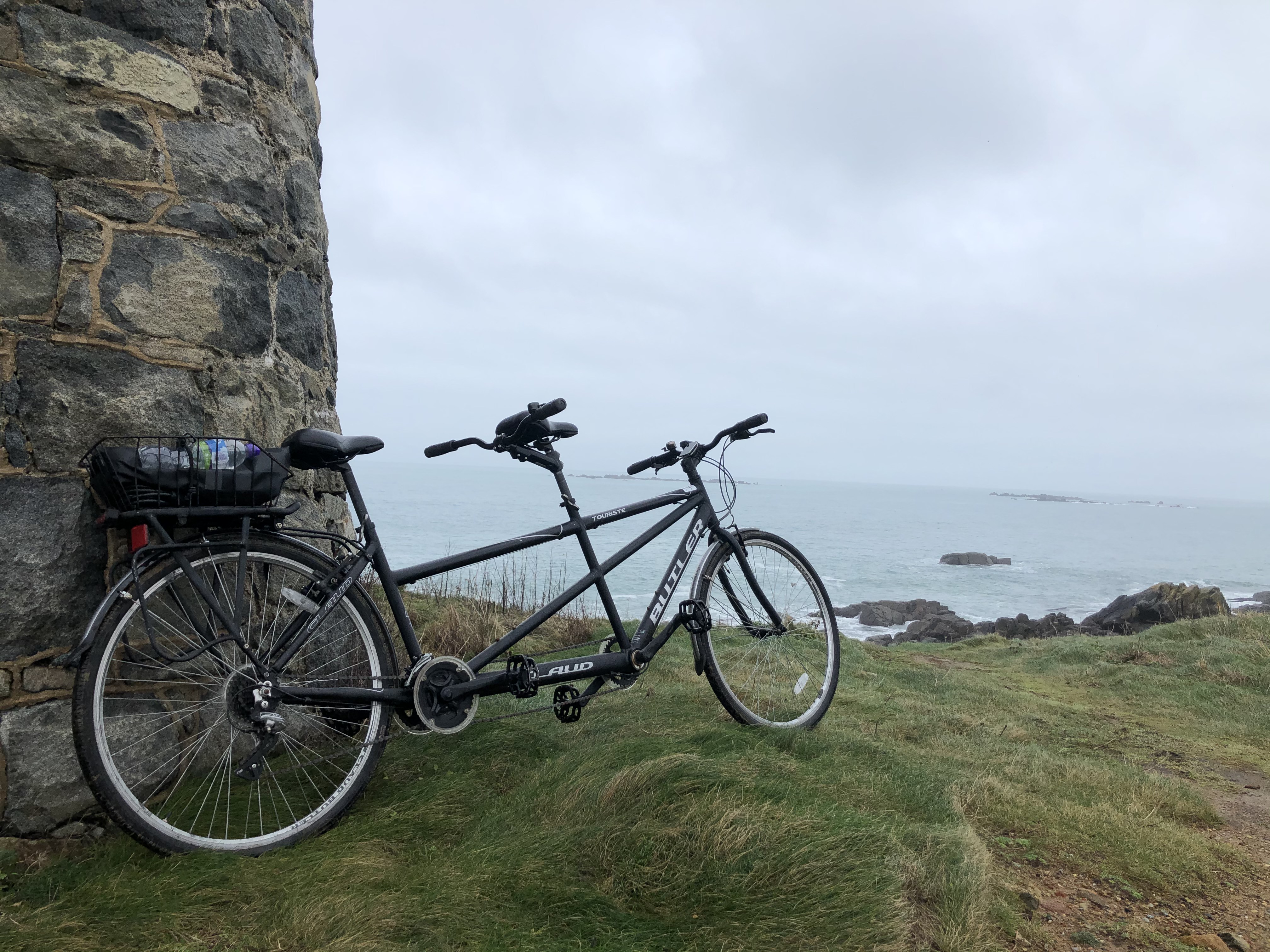 For the most part, I’m not wrong — though I didn’t see any farmers.

As we were already keen cyclists, my husband barely batted an eye when I suggested exploring the island on two wheels, hired from rental firm Go Guernsey.

When I discovered, with a yelp of excitement, that they had tandems, we were all the more happy. So the 50km loop of the island was excitedly planned.

Starting from St Peter’s Port, we accustom ourselves to the bike and how to get going — one, two, three and . . . pedal.With that, we then hit the road.

The route we follow is a mix of proper roads and dirt tracks — and one of the first things we notice is the many formidable forts dotted along the coast. 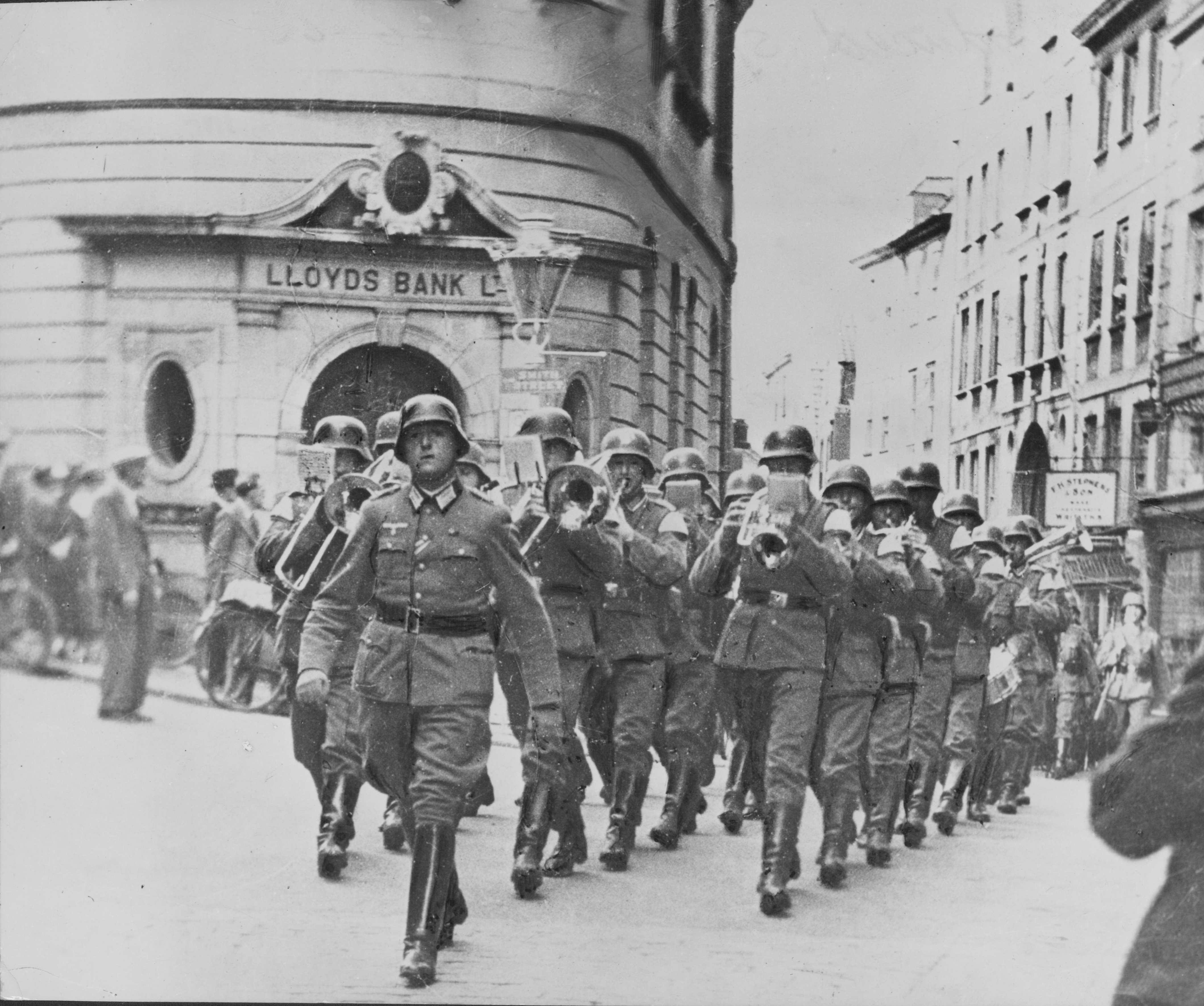 Guernsey and other Channel Islands were occupied by German forces until troops finally left Guernsey on May 9, 1945Credit: Getty – Contributor

They are a reminder of World War Two, when Guernsey and other Channel Islands were occupied by German forces.

Unexploded mines are still found from time to time.

We also pass bunkers — including Batterie Dolmen, where we  get up close and personal to a ten-tonne wartime gun.

These are markers of a time that saw thousands of locals forced to spend five years living with the enemy, until German troops finally left the island on May 9, 1945.

In fact, Guernsey this year celebrates 75 years since liberation from the Nazis. But while bleak reminders of the Occupation are everywhere, the island’s beauty also shines through. 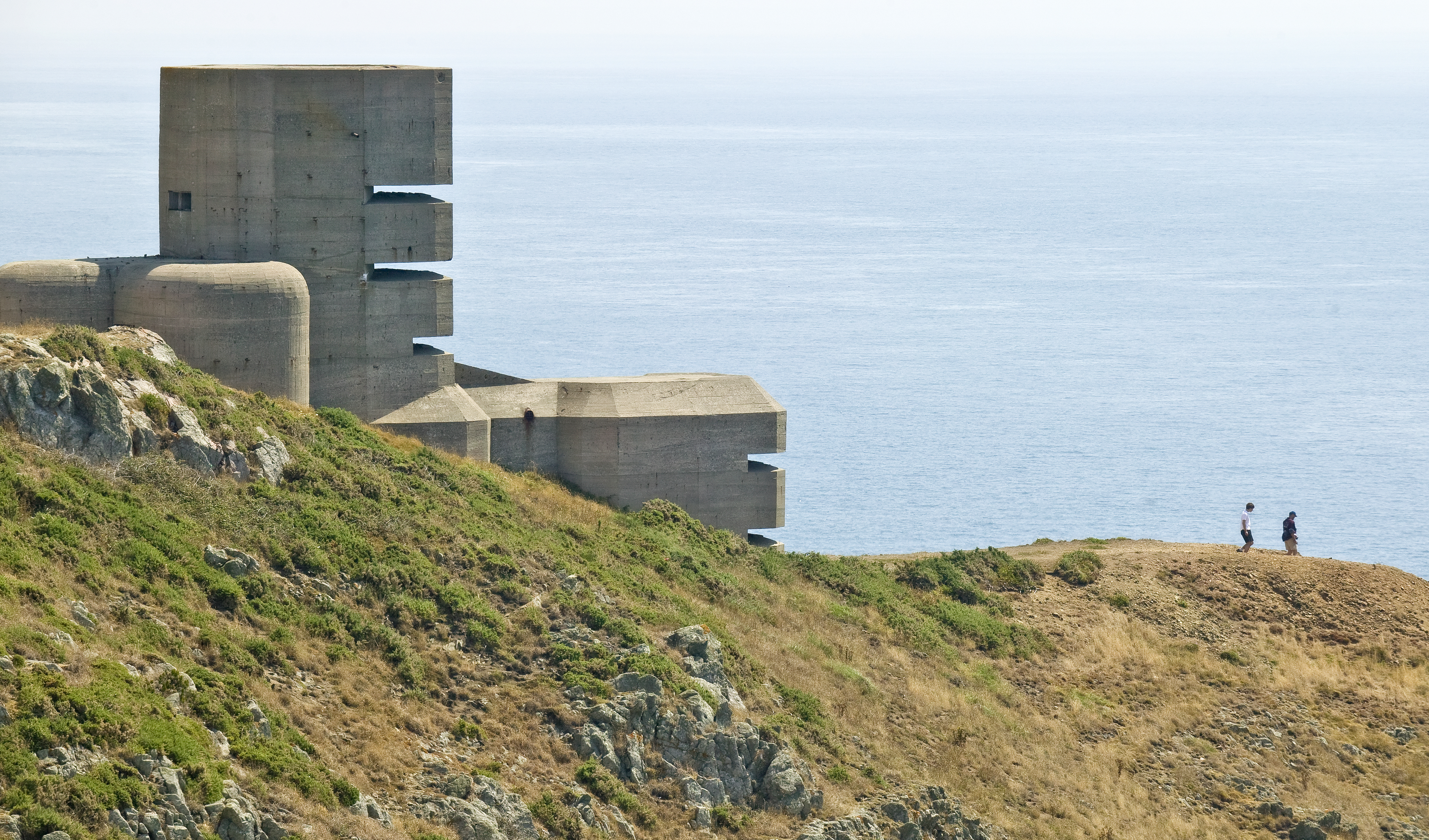 Reminders of the Occupation are everywhere, like this German observation towerCredit: Chris George – 01481 714091

At one point on the ride, we take a wrong turn and the road ends at overlooking a majestic cliff down to the Channel below.
Deserted beaches

The island’s cliffs are breathtaking, overlooking rocky beaches without a soul in sight, and just the break from urban-living that we had hoped for.Then, finally, we are back at St Peter’s Port, having taking in a whole lap of the island — which is nine miles by three.

Securing the bike back in the car park of our accommodation, the Duke of Normandie Hotel, we head to the high street for well-earned carbs in the form of a massive pizza. We congratulate ourselves on our cycle tour but there is still plenty to keep us busy for the final days of our mini-break.

One treat includes a walk to 800-year-old Castle Cornet, keeping guard magnificently over the coast.

When can I travel and go on holiday again after the lockdown?

Benidorm sees a spike in holiday bookings in September

Hidden delights on the British coast for your staycation this summer

But make sure you check the opening times for both the castle and Hugo’s house, and note that many tourist attractions on the island close over winter.

After three days’ cycling and walking, our legs were well and truly exhausted — but we feel oddly refreshed.

Getting there: Flights from London to Guernsey with Aurigny are from £90 return. See Aurigny.com

Staying there: One night’s room-only at the Duke of Normandie Hotel, St Peter’s Port, is from £35.00pp based on two sharing.

Out and about: For Bike Hire, go to go-guernsey.gg