POPULAR tourist hotspots in Scotland have been forced to turn families away due to being fully booked, with some resorting to sleeping in their cars – and others leaving poo and rubbish at beauty spots.

Brits have been choosing UK staycations over holidays abroad following a number of last-minute travel restrictions enforced by the government, with tourists given just hours to get back from destinations including France, Spain and Croatia. 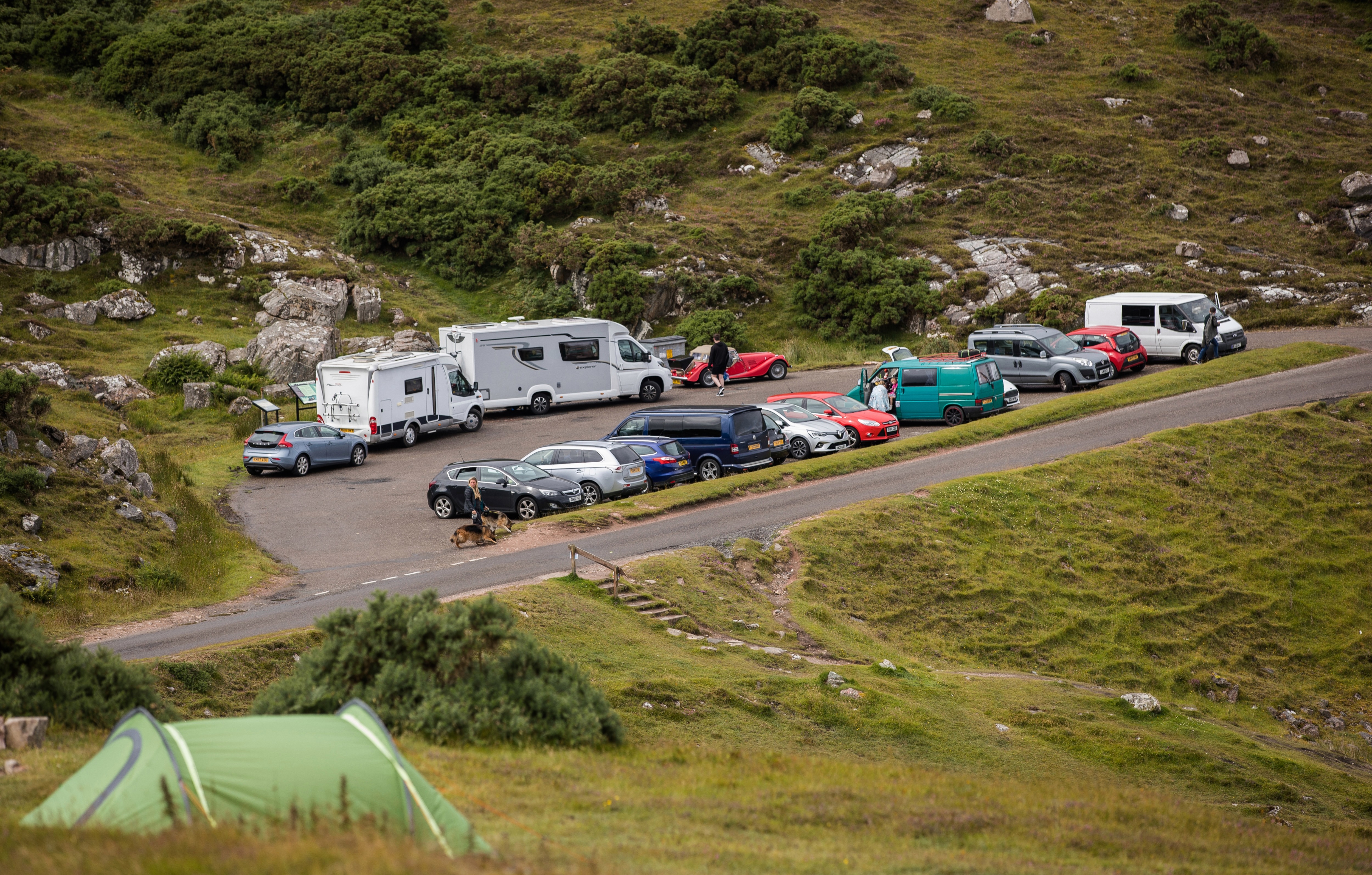 Holidays in Scotland have boomed – but hotels are full and tourists have left rubbish and faeces on the roadsidesCredit: Getty Images – Getty

This has resulted in record bookings, but also meant hotels, holiday parks and campsites have sold out during the peak season.

Families who haven’t booked ahead have been turned away, as rooms are fully booked for weeks.

A couple were recently forced to sleep on the top of their car after their Lake District holiday booking was double booked, and they were unable to find anywhere else to stay.

Karen Twist who owns Kinlochewe Hotel in Torridon, said she was forced to turn away large groups of people who came looking for rooms.

She told the Telegraph: “They probably ended up sleeping in their cars, or maybe in a tent at the side of the road. These are people who don’t know the Highlands – they can’t go to their favourite beach in Spain so they have come up here, thinking they will be able to find somewhere to stay.” 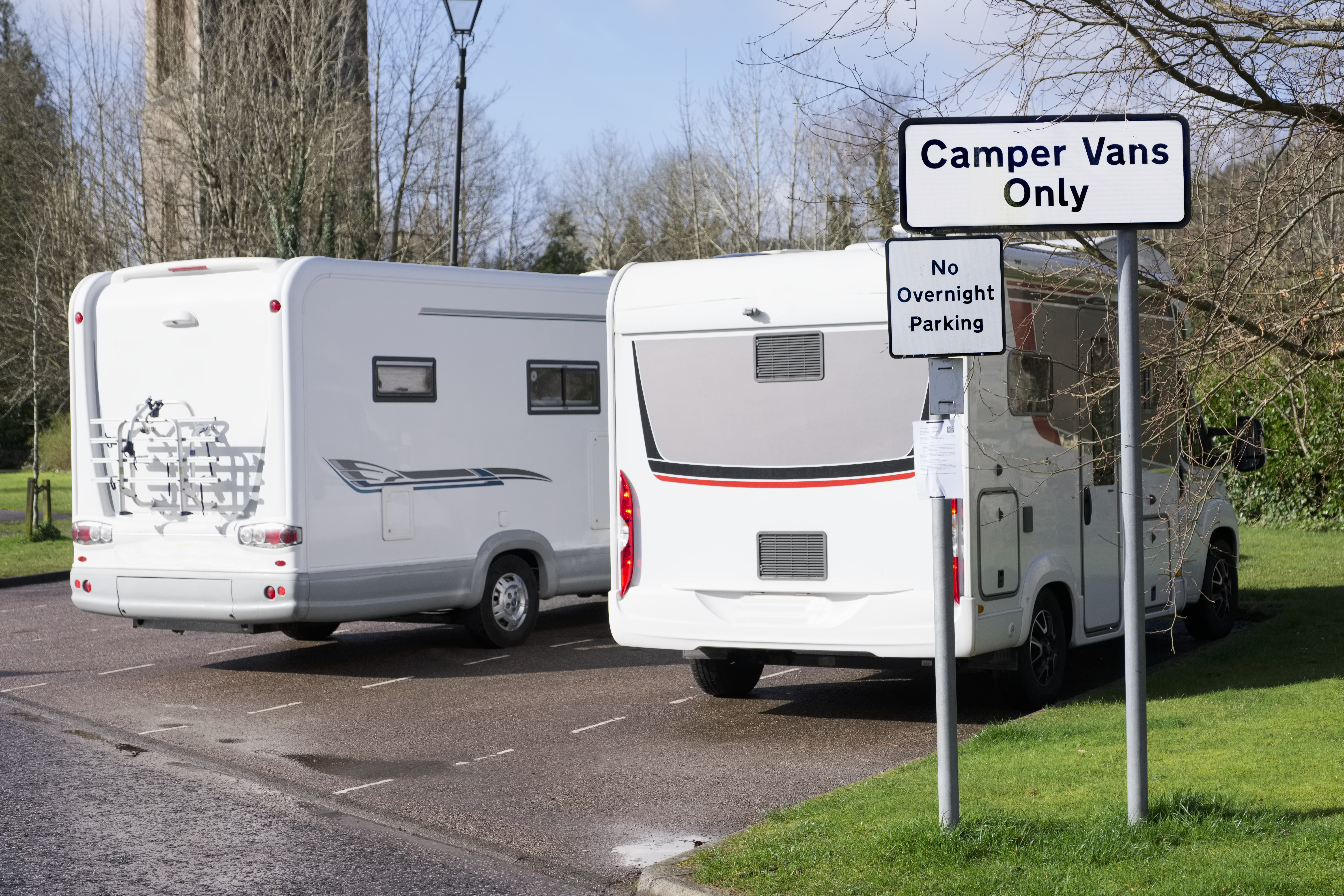 The North Coast 500 route has caused campervans and caravans to soar in popularityCredit: Getty Images – Getty

Other locals have complained of people pitching up tents and parking campervans wherever they like, leading to many overlooking people’s houses or bedrooms.

The North Coast 500, which takes tourists 500 miles around the north of Scotland by road, has resorted to putting shovels by the lay-bys to encourage drivers to “bury their own faeces” instead of leaving it with the rest of the rubbish.

One person wrote: “A beautiful view on the @NorthCoast500 but feet away lies rubbish strewn across the car park.

“A shambles and disgrace. Time for a ‘campervan’ tax (I saw over 50 in 50 miles today) to pay for proper infrastructure to cope with the deluge of visitors.”

“We’re actually seeing @NorthCoast500 visitors pooing by the road. No respect for others or the environment. Utterly disgusting.”

The soaring demand for a holiday in Britain has led to problems with online booking platforms too.

Caroline Baskin, from Liverpool, booked a holiday in the Highlands in Scotland – only to arrive and find German tourists at their booking.

She told the Times: “My eldest son walked over to ask them what they were doing. The couple told him to go away and said that they had driven all the way from Germany.”

Greece, Switzerland & Czech Republic at risk of being added to quarantine list

When will quarantine be lifted in France, Spain and Portugal?

Ms Baskin was then forced to shell out £1,200 for two nights at a hotel and a new holiday booking at short notice.

Other families have found their holidays are being cancelled at the last minute, with no reason given.

Couple James and Georgina booked a holiday in Norfolk last Christmas for this summer and were told it was cancelled just as they were due to leave.