WE may not have the climate of the Caribbean but when the sun has got his hat on little beats escaping to the UK seaside.

We have more secret stretches of coastline than you would think, many crowd-free even in normal times. With summer staycations on the mind of many this year, we highlight some of our hidden beach delights. 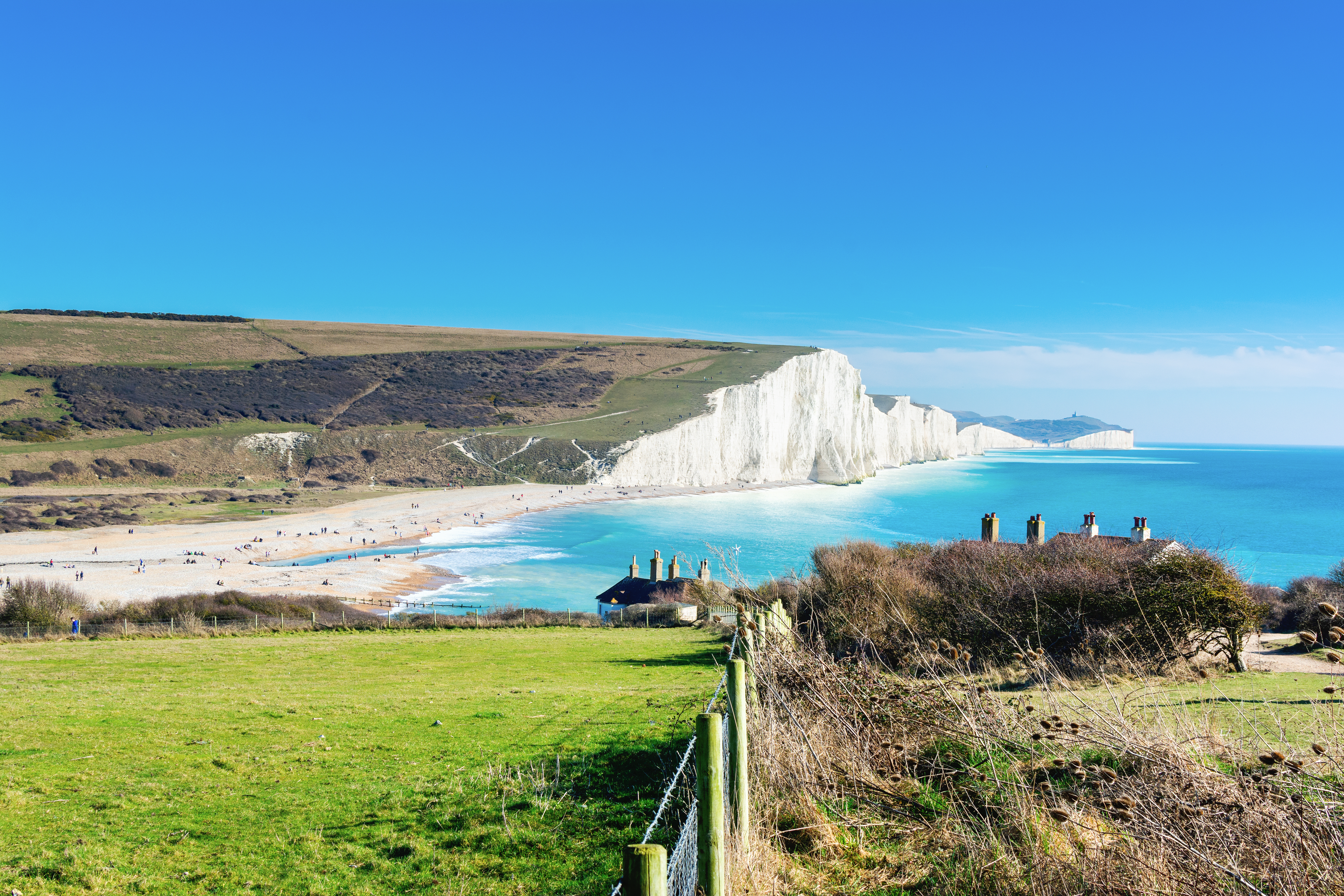 Cuckmere Haven in Seaford is a location for Harry Potter and Robin Hood: Prince Of ThievesCredit: Getty Images – Getty

SITUATED at the base of the Seven Sisters chalk cliffs on the Sussex Heritage Coast, the wide pebble beach at Cuckmere Haven is a quiet alternative to the congregating crowds at Eastbourne, just under six miles away.

Popular both with sunbathers and fishermen, it is also rather famous, having been used as a location for films including Harry Potter and Robin Hood: Prince Of Thieves.

Food is available and you can drop the car at the country park centre.

There is no lifeguard, though, so keep an eye on the kids. 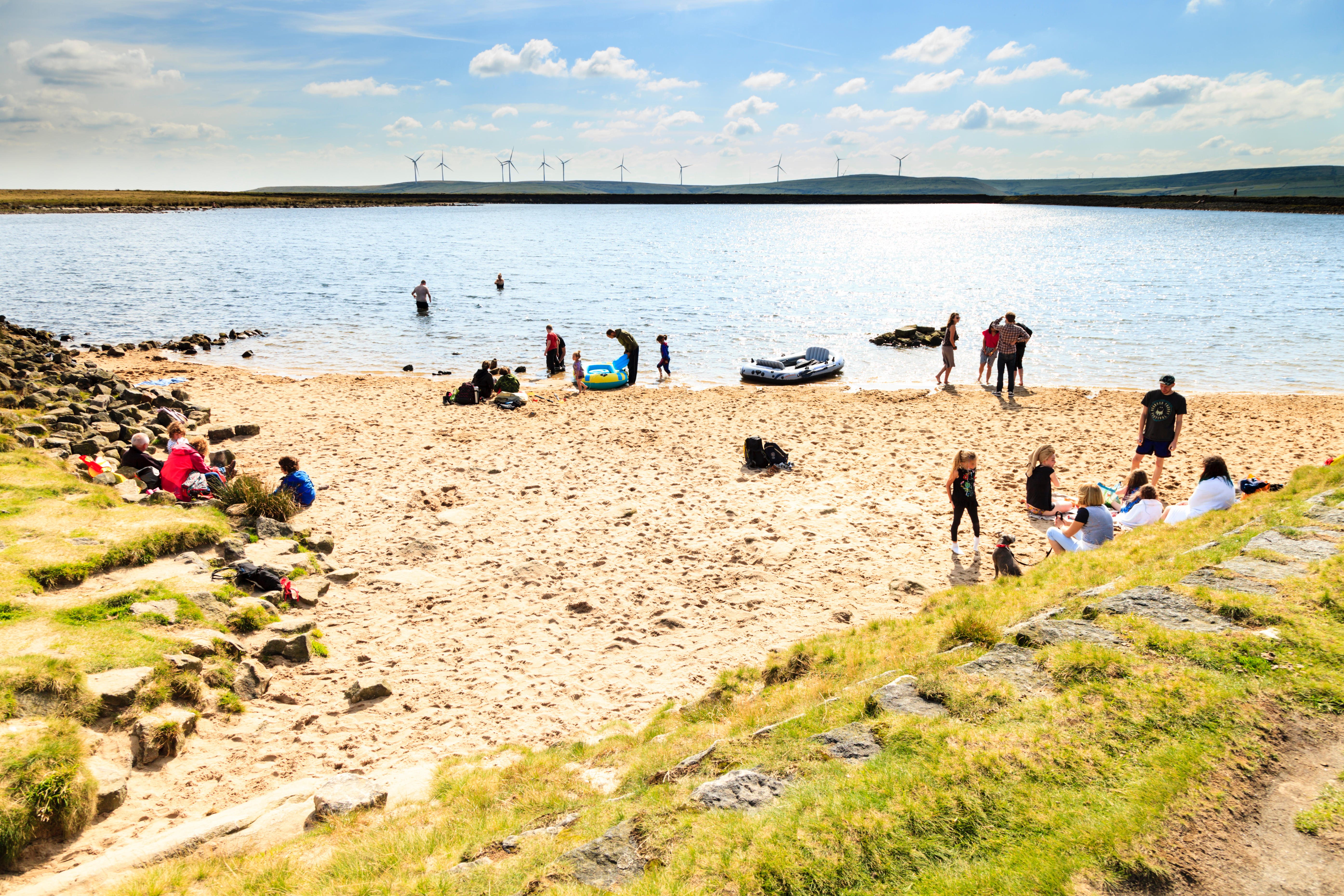 OK, we cheated a bit. This is NOT seaside, but the small, land-locked sandy beach is the country’s highest, 355m above sea level.

Just 23 miles from Manchester or an hour’s drive from Leeds, you’ll find it on the moors between Todmorden and Walsden.

Good walking boots are ­recommended as there is no road access – the walk includes a steep hike up a hill and a footpath which can be slippery.

There’s no tide or current so the water is popular with wild swimmers, although there are a few rocks under the water near the edges of the walls, and there’s no lifeguard on duty. It’s also quite exposed so don’t ­forget the sunscreen. 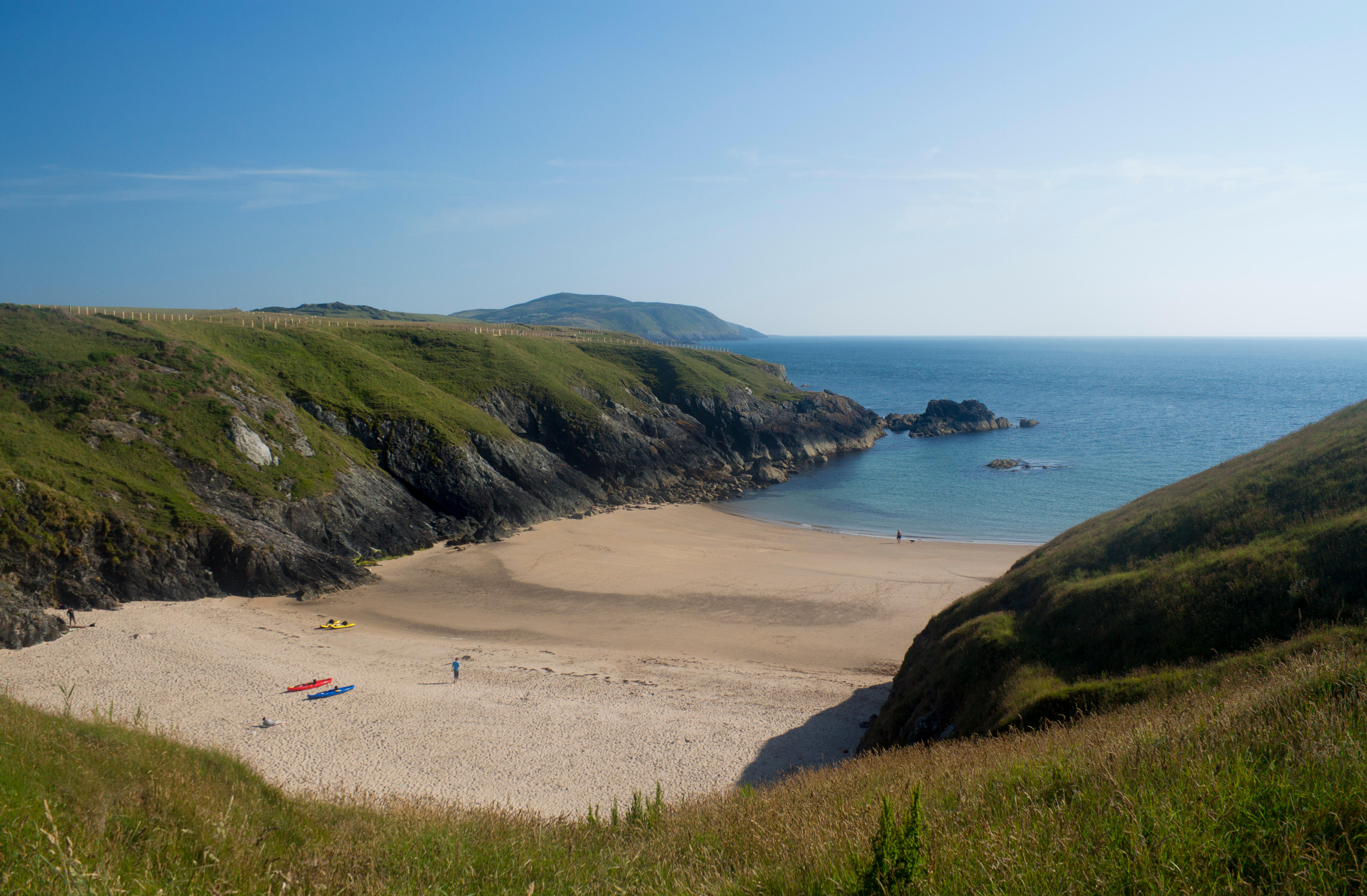 THIS secret, sandy, very pretty cove is located on the northern coast of the Llyn Peninsula in Gwynedd.

Its sheltered, south-west-facing position and clear blue waters are just the ticket for sunbathers and swimmers.

You can even set up camp here with the kids. There is a car park just above the beach, which is reached down a private lane through the Ty Mawr farm. Access to the shore is down a steep and sandy dune.

For amenities, take a stroll west on foot to the popular bay of Porth Oer (Whistling Sands) to find a shop and cafe. 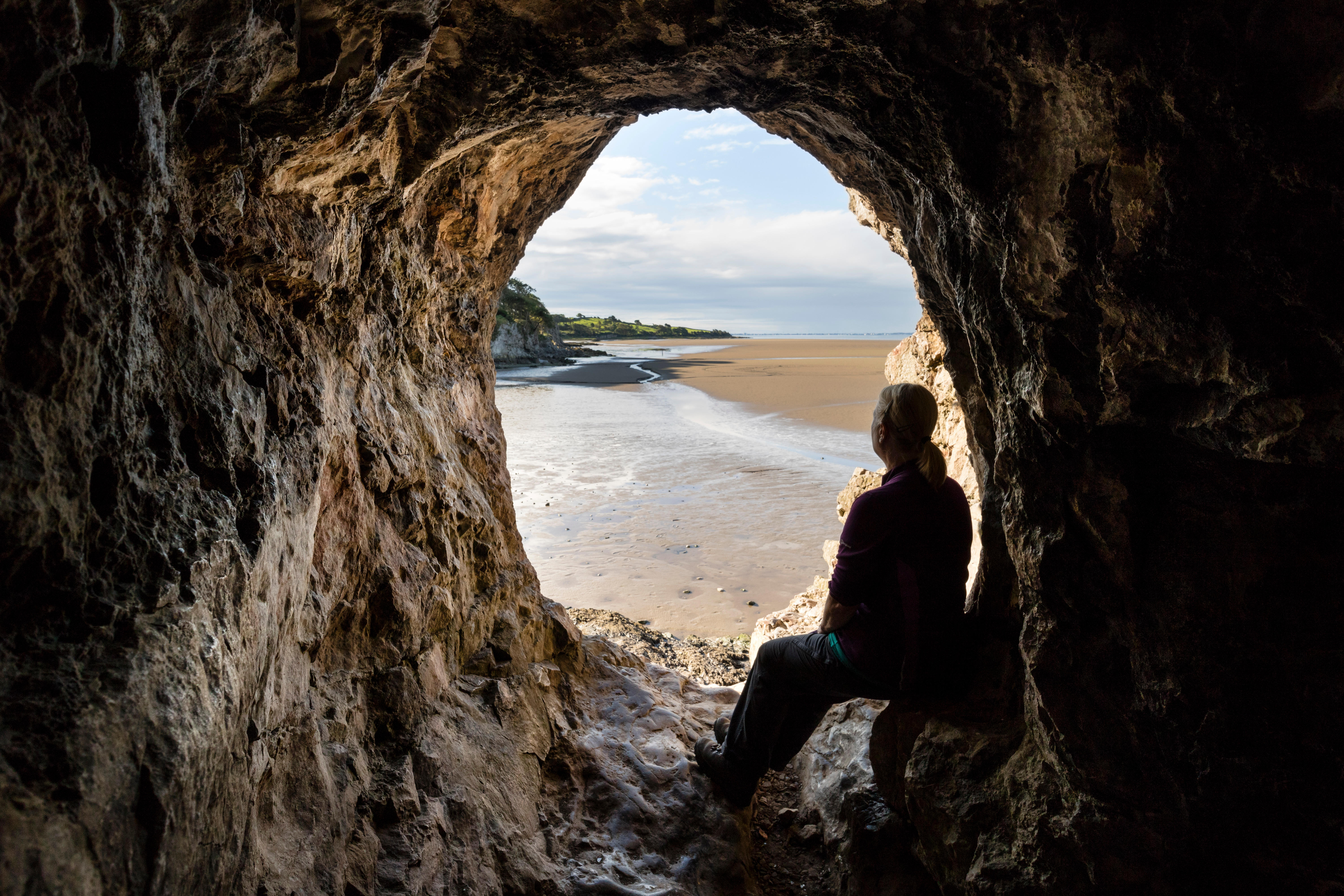 The view from the inside of Cove Cave across the Sands of Morecambe Bay, Silverdale, LancashireCredit: Alamy

DOTTED along the Morecambe Bay ­coastline at Silverdale are some of the most picturesque, hidden beaches in the area, including Red Rake.

There’s a small cave on the cliff face, which is perfect for snaps of Knott End Point and Morecambe Bay. A twitcher’s paradise, it’s also a few miles from the reed beds of the RSPB Leighton Moss Nature Reserve – a ­regular haunt of the bittern, as well as marsh harriers and harbour bearded tits.

Ice creams and refreshments can be enjoyed in Silverdale village, if you fancy a break from bird-watching. 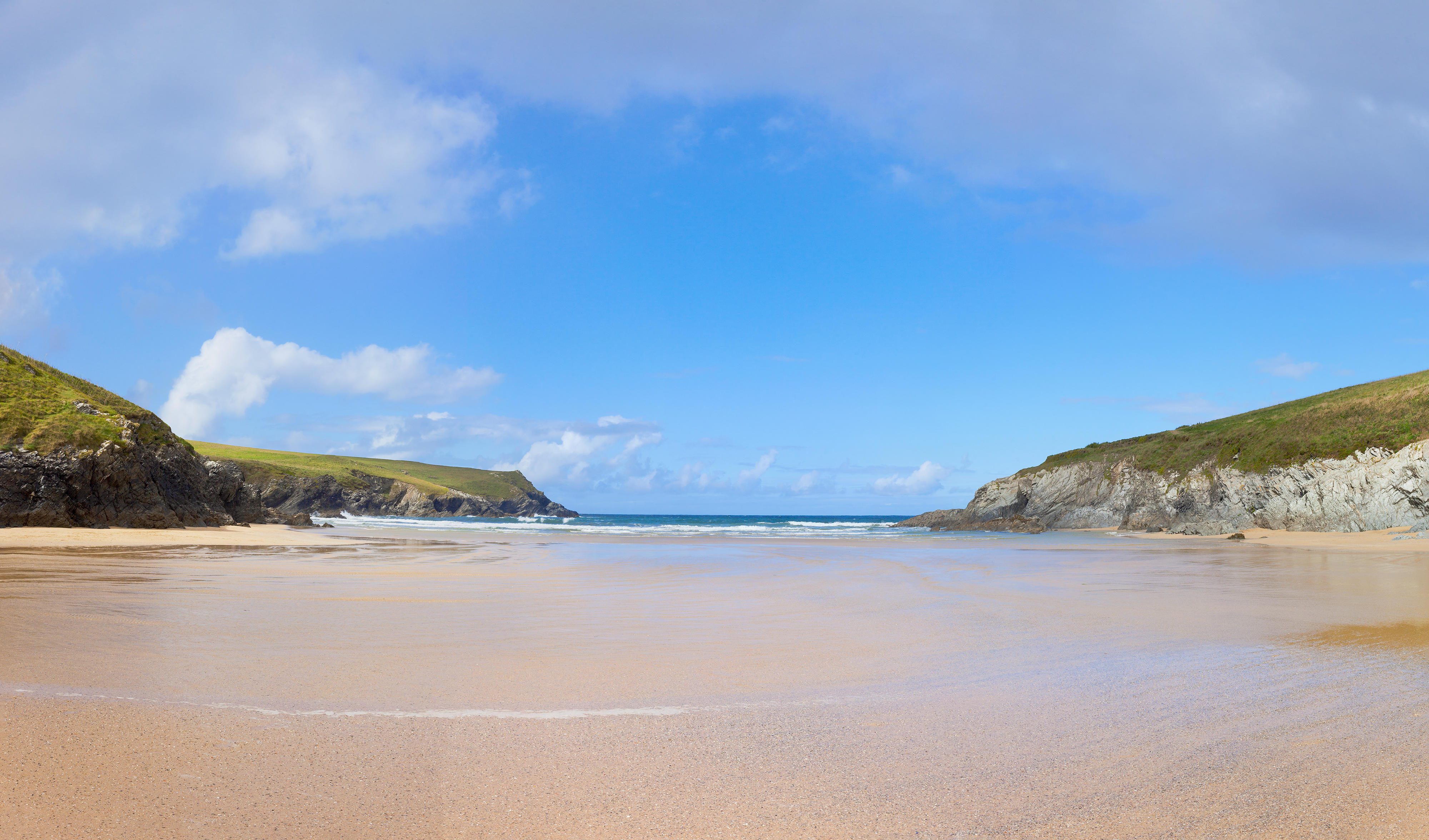 The wide empty beach at Porth Joke in Cornwall is a gem hidden from the hordes of touristsCredit: Alamy

DODGE the hordes flocking to holiday hotspot Newquay and head instead to this hidden gem, located five miles south of the famous – and hugely ­popular – Fistral Beach.

Locally known as Polly Joke, this unspoilt and picturesque sandy cove is deeper than it is wide – at low tide rock pools and caves are revealed. Ideal for nature lovers as well as sun worshippers and surfers, if you visit during late spring and early summer you’ll also see the blooming wild flower display, perfect for brightening up your social media feed.

Find it by strolling along the coast path for one mile from West Pentire. You can also park there. 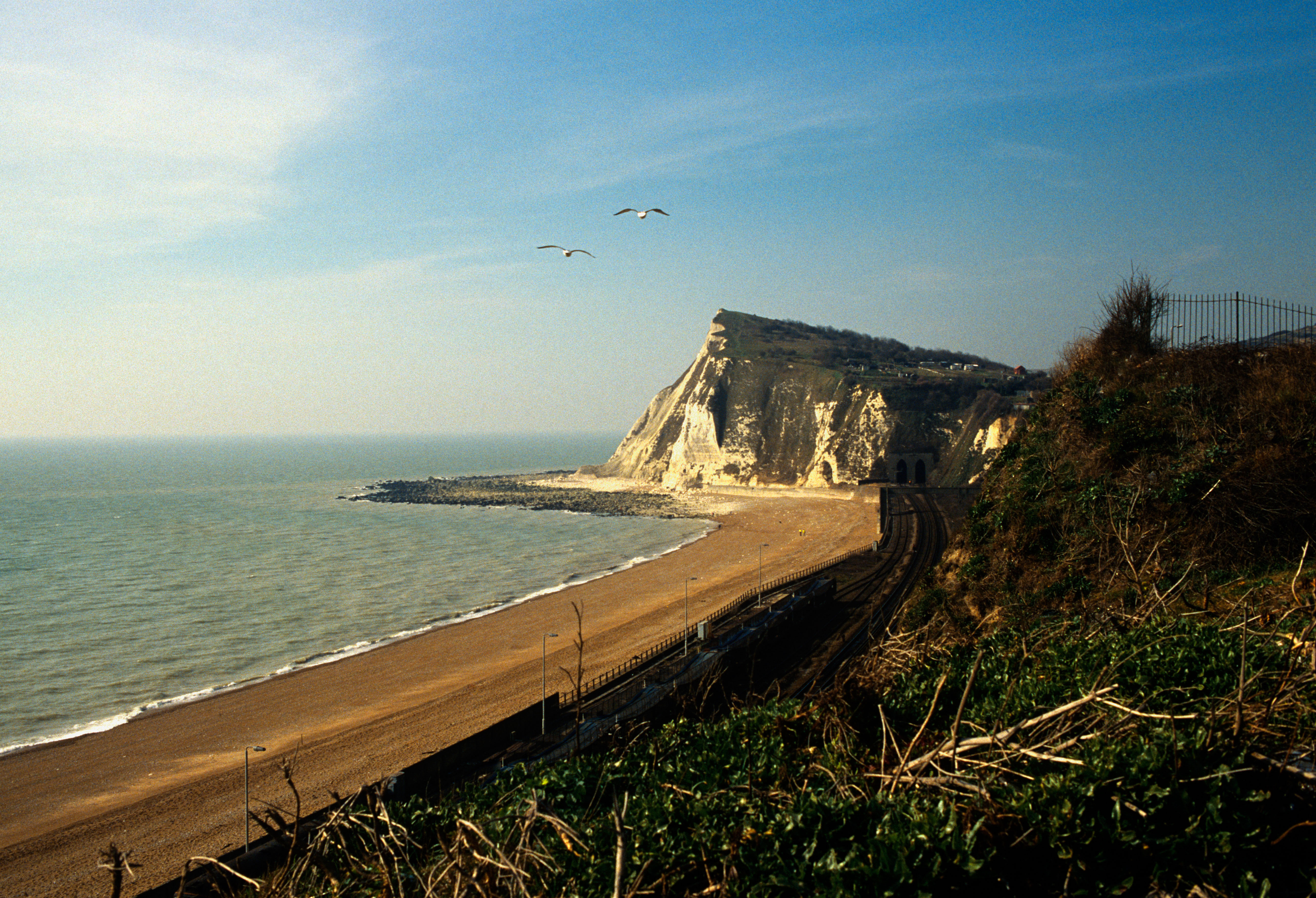 BE prepared to take 100 stairs down – and back up again – to this quiet Dover beach which is renowned as a hotspot for swimming enthusiasts.

The long stretch of shingle is located within a bay near Shakespeare Cliff. There are some deep rock pools which the kids will love exploring and can be accessed at low tide.

It is also a popular place for fishing and dog walking.

Channel swimmers start their epic journeys from here as it’s the shortest distance between the UK and France. 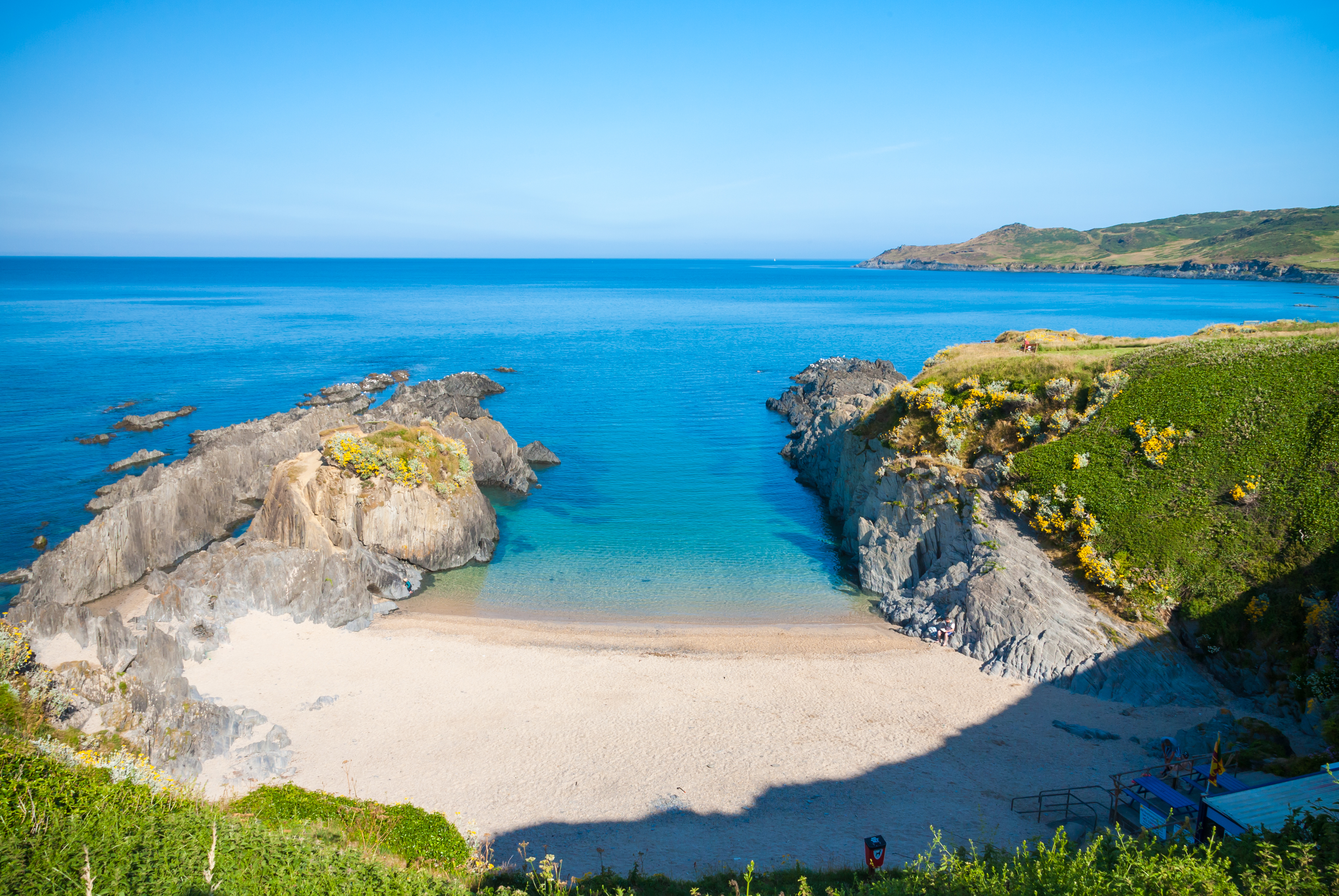 The picturesque Barricane Beach is known for exotic shells washed in from a Caribbean islandCredit: Getty Images – Getty

THIS picturesque, secluded inlet in Woolacombe is known for the assortment of exotic shells that end up on the beach – said to have been washed in from a Caribbean island across the Atlantic ocean.

A site of Special Scientific Interest, the beach is surrounded by rocky outcrops and is popular with surfers, rock poolers and swimmers. The water quality is Marine…